The choice of delegates to represent the Sofia diocese of the Bulgarian Orthodox Church in the election of a new Patriarch was facing an appeal to the Holy Synod on January 14 2013 by a priest who alleged that the choice of delegates was uncanonical, while elsewhere other dioceses had complete the process of choosing their electoral college delegates.

An electoral college made up largely of clergy with minority representation of laity is to meet in Sofia on February 24 2013 to choose a successor to Patriarch Maxim, the long-serving head of the Bulgarian Orthodox Church, who died in November 2012.

The choice of the electoral college delegates in Sofia was wracked by controversy after the diocesan council objected to a list of names put forward by Varna Metropolitan Kiril, currently the acting Patriarch and acting Sofia Metropolitan.

Reports on January 13 said that laity different to those nominated by Kiril had been chosen. There were objections to his candidates, with critics saying that those he named had close ties to the former communist establishment.

Reports from around Bulgaria said that voting on members of the dioceses’ electoral representatives had gone smoothly, with the exception of Sliven, where it had taken three rounds of voting to produce a list. 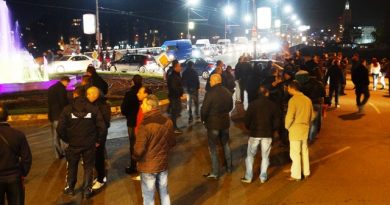