This is a reversal of the Synod’s decision in 2007, which was that there was no such title in Bulgarian church tradition. This June’s decision was taken in the absence of the Patriarch and several metropolitans, with the latter then publicly distancing themselves from it.

According to the Holy Synod’s 2012 decision, the title of “Archon” will be given to people who have donated funds to the church, and it will be awarded at the discretion of the individual metropolitan, not the Holy Synod.

Public opinion has been largely against the new decision. The most apparent reason for this reaction was that so far the title has been given solely to wealthy businessmen of questionable reputation. It seems that the decision essentially is one to issue “indulgences” to businessmen willing to donate funds to a specific diocese or metropolitan.

But a deeper look is needed at the reasons for the severe public reaction as well as the question of a possible solution to the situation.

The questionable public reputations of the “Archons” is only part of the explanation. The decision is also a sign of the ambition of some metropolitans to compensate for their isolation from society by seeking the support of influential local business elites.

The Holy Synod’s June 20 decision was taken after a proposal by Plovdiv Metropolitan Nikolai, who a few days earlier had transformed famous business person Petar Mandjukov into an Archon.

Nikolai is the Holy Synod’s youngest member, an active, if often controversial, social presence. He was one of the few bishops who tried to present themselves as fighters against the intrusion of Bulgaria’s communist-era secret service State Security into the church during those years of communism. But Nikolai’s image was seriously tarnished by his decision to award the title “Archon” to a controversial arms dealer officially named as having collaborated with of the communist intelligence services for more than a decade.

The decision by the Holy Synod is a sign of deepening clericalization of church life, the reasons for which can be found far back in time. The problem is the unchecked power of the metropolitans, who in theory should be kept within bounds by the Holy Synod and the local diocesan councils, which include local clergy and laity. The first constitution of the Bulgarian Patriarchate, adopted in 1951, provides for limited but real participation of the laity throughout the pyramid of the church – in the parish boards of trustees, diocesan councils and assemblies of the church and laity.

According to statute, the laity should participate in each of these representative bodies, including in the election of new metropolitans and the Patriarch and to exercise partial control over the bishops, through their involvement in assemblies of the church and laity. But during the years of communism, the state authorities spoke pointedly of a “monastic oligarchy” that was running the Synod and of a need for “democratisation” of church life.

In the 1950s, most bishops – justifiably – saw this phraseology as representing an attempt to impose communist control over the church and therefore endeavoured to limit secular participation in church life.

In subsequent years, this church pyramid collapsed completely, and power passed into the hands of metropolitans, who in the 1970s and 80s already were appointed (formally, “elected”) with the support of local government and State Security. This created a symbiotic relationship between local authorities and the local metropolitan, which would guarantee at least some public place for the metropolitan, and through his good contacts, perhaps even some funds for repairs to church buildings.

This symbiosis entirely cleared away the pyramid envisaged in the church’s statutes. Under communism, elections for church boards of trustees and diocesan councils were held only once, in 1951, and in subsequent years, boards of trustees were appointed ex officio by the respective metropolitans. The same applies to members of the Diocesan Council, and members of the assembly of church and laity. Although the statute provides for these assemblies to be held every four years, under communism not a single such assembly was convened. All this led to a shift of power in the church entirely into the hands of the metropolitan, in turn controlled or directed by the local political power.

Although unwritten, this tradition has continued to exist after the end of communism. In the first years of democracy, the church pyramid formally was restored, and elections held for all of its layers. But metropolitans retained vast informal influence over determining the members of the church boards of trustees or diocesan councils. All this justifies speaking of the “feudalisation” of church life, as neither the Holy Synod nor the diocesan councils have any real opportunity to have any influence on decisions in the diocese. The new statute of the Bulgarian Patriarchate, in force since early 2009, even removed the term “assembly of the church and laity” and replaced it with the term “church assembly”. Practically, the only form of control over the actions of the bishops that was gaining strength, power and presence was public opinion among Orthodox Christians, which is represented in the media but has no real part in church life.

It is in this context that the decision on establishing the “honorary title of Archon” was taken. The point of this decision is the aspiration of individual bishops to win influential allies against public criticism of their activities. In practice, this is an attempt to return to the model from the communist era, as local political authorities are now replaced by influential local businessmen.

From this perspective, the dispute is not so much about the existence of the institution of “Archon” as the direction in which the Bulgarian Orthodox Church will develop in the future. One trend is towards the deepening isolation of the metropolitans and the keeping of their privileges in place, thanks to the support of the local “Archons”. The other is the path of pluralism and debate, which is the path of conciliarism and responsibility in making decisions.

The outlook for the outcome of this dispute is unclear. It seems that in the short term, the trend towards feudalisation will take precedence over conciliarism. But given the state of Bulgarian society, active public opinion and media, this tendency has no long-term prospects, since it is generating inexorable tension. The Synod’s public disputes about the “Archon” question illustrate this tension. The trend to turn the Bulgarian Orthodox Church into a church with assemblies and debates, turning it to seeking the opinions of the laity, seems to be one to which there is no alternative. The question is how far in the future this will happen. 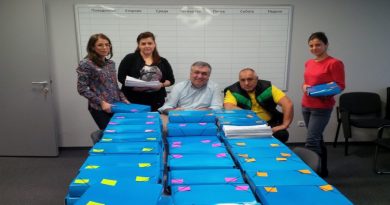 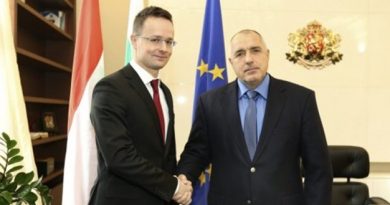 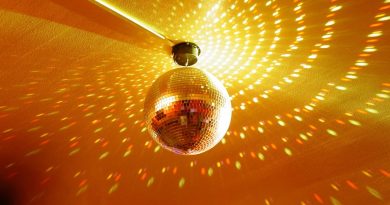