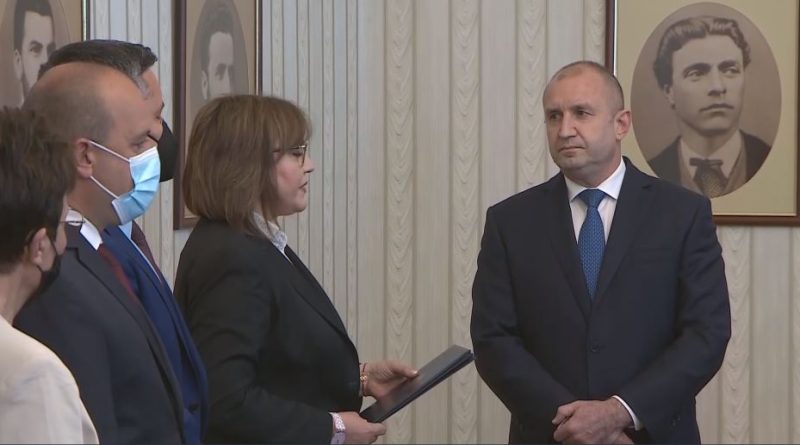 Bulgaria’s head of state President Roumen Radev said on May 5 that he intended to sign the decree dissolving the 45th National Assembly on May 11.

Radev made the comment after Bulgarian Socialist Party leader Kornelia Ninova returned the exploratory mandate to form a government minutes after it was presented.

The head of state said that he intended to complete the process to appoint a new Central Election Commission, in line with the Electoral Code amendments passed by the National Assembly last week, at the same time as dissolving Parliament and appointing a caretaker Cabinet.

He said that he would hold consultations with political parties to take their nominations for CEC members later on May 5, followed by compliance checks on May 6 and nominee hearings on May 7.

Radev said that it “appeared” that the snap parliamentary polls would be held on July 11. By law, the head of state alone decides when to set the election date, the only restriction being that it should be no later than 60 days after proroguing the previous legislature.

He warned that the snap elections could result in another stalemate in the next National Assembly, which could trigger “not just a political, but a constitutional crisis.”

“I use this opportunity to call on all political parties and coalitions to clarify their priorities, to rethink their behaviour and seek unity of action,” he said.

Ninova returned the mandate in line with the party’s decision, taken on May 1, not to try to form a government. She said during the meeting with Radev that the socialists did not have “the objective opportunity” to make such an attempt because its offer for talks was rejected by other parties in Parliament.

The parties that won, respectively, the largest and second-largest shares in regular parliamentary elections on April 4 – Boiko Borissov’s GERB and Slavi Trifonov’s ITN – already have returned the mandates offered to them.