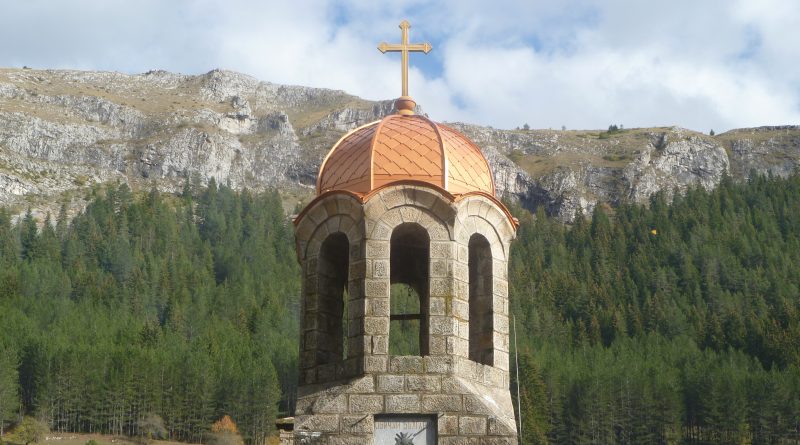 Eulogies for the late Patriarch Maxim, the long-standing head of the Bulgarian Orthodox Church, praised him as a unifier – and hardly had he been laid to rest than public infighting broke out about who would succeed him, a battle for the future of the church worsened by the resurrection of the spectre of a schismatic “Alternative Synod”.

Pending the election of a new Bulgarian Orthodox Church Patriarch, the most senior clergy had to elect an acting chairperson of the Holy Synod.

A select ballot on November 10, the day after Maxim was buried at Troyan Monastery, produced a victory for the controversial Metropolitan of Varna, Kiril, who won seven votes, defeating Sliven Metropolitan Yoaniki who got four, and Rousse Metropolitan Neofit, who got one vote.

The eyes ofBulgaria’s Orthodox Christian majority and observers of the church had been on Plovdiv Metropolitan Nikolai, a powerful force in the church, known both for his hardline conservative views and the considerable influence that he wields by heading the church’s wealthiest diocese.

The death of Maxim found Nikolai unable to fulfil, for now, any ambitions that he may have to succeed to the throne of the Patriarch. Born in 1969, Nikolai does not meet the requirements of church canon that a Patriarch must be at least 50 years old.

While it was notable that in the first days after Maxim’s death, the posts held dually by Maxim – Patriarch and Metropolitan of Sofia – were temporarily split, with Metropolitan Grigorii handed temporary control of the Patriarchate and Nikolai named as acting Metropolitan of Sofia, the election for “acting Patriarch” produced no votes for Nikolai.

A few hours after the election, Bulgarian-language media, citing informed senior church sources, began reporting widely that the election of Kiril may have been not in accordance with church rules requiring the acting head of the Holy Synod to have got at least 50 per cent of the votes, meaning that Kiril was one short.

It did not take long for Nikolai to go public with his view that indeed the election of Kiril was a breach of the rules. As it is, Kiril long has been controversial. Even before he was officially identified as one of the majority of members of the Holy Synod who had collaborated with Bulgaria’s communist-era State Security, Kiril had made headlines for the luxury Lincoln hybrid vehicle he was being driven around in, a gift from wealthy local business people. Kiril, in a television interview on November 11, repeated earlier denials that he had worked for State Security, and defended the car as “economical” – “you can get from Varna to the Adriatic on a single 60-litre tank”, which saved money for the diocese, he said.

The election – disputed as it now seems to be – ran in parallel with widespread speculation in church and media circles that Nikolai and his cohorts would seek the convening of a special church council to change the rules on the election of a Patriarch, specifically to lower or remove the age limit.

However, from within church and theological circles, there was an instant torrent of cold water over this scenario. It was made clear that the only church-lay grand council that would be called would be the one scheduled to held in about four months time to conclude the business of choosing a new Patriarch.

As to the question of whether Kiril’s tenure as acting Patriarch is legal or not, he told national radio on November 11 that if necessary, this issue would be put to the Holy Synod for decision (leaving unanswered the question whether the Holy Synod has the power to override church statute, if indeed the canon has been violated). Later the same day, he said in a television interview that his election had been canonical, saying that what was required was the votes of half of the metropolitans present, not half of the Holy Synod.

These disputes return to the fore the several controversies that have surrounded the Bulgarian Orthodox Church in recent months and years.

Foremost among these has been the disclosure that most of the church’s current leadership were State Security agents, and in parallel has run the conferring of the ancient title of “Archon” on a number of controversial local businessmen who made large contributions to the church, usually through paying for church buildings and chapels. Concerned voices elsewhere in the church and among lay people held that the awarding of this honour was inappropriate on several levels and for several reasons, but in the Holy Synod, the forces of those close to the Archons – notably among them, Nikolai – prevailed.

In Bulgaria’s post-Zhivkov era, a body arose that wanted the ouster of Maxim on the grounds that he was the appointee of the central committee of the Bulgarian Communist Party (in the communist era, the church was subordinated and subverted by the state in various ways; notably, however, Maxim never was identified as having worked for State Security).

The emergence of this “Alternative Synod” led to open conflict in the first years of the transition, going as far as fisticuffs between rival members of the clergy near Alexander Nevsky cathedral, and much later, police backing for forced seizures of churches in the possession of the “Alternative Synod”. Much later, after a European-level ruling that the synods holy and alternative should sort out their differences, it emerged that the Alternative Synod’s members were not without State Security links of their own.

This is the background to the national shock that occurred when news was reported that around the time of the death of Patriarch Maxim, a fresh application had been lodged for the official registration with the state of the Alternative Synod.

Among those who expressed concern at the development was President Rossen Plevneliev, head of state since January 2012, elected on the ticket of Bulgaria’s current centre-right ruling party.

Plevneliev, speaking to journalists, said that the Bulgarian Orthodox Church should be united and face the people and their problems, rather than indulging in internal intrigues.

Underlining the unity that had been shown on the day of Maxim’s funeral (some reports noted that those who attended included senior members of the “Alternative Synod”), Plevneliev said that he saw it as extremely unfair to talk about division and schism on a day of mourning.

In an interview with Deutsche Welle, specialist historian Momchil Metodiev said that Maxim’s achievement of the preservation of the unity of the Bulgarian Orthodox Church was no small one, “and his successor must not only build on that legacy, but also try to maintain a strong relationship with the laity, with society, with other churches and also make some improvements. Radical revolution in Orthodox churches, however, are not only impossible but also undesirable”.

The current situation was a great opportunity for the leadership of the church to show that it could make important choices without causing controversies and public scandals. Metodiev said that he hoped that the senior clergy would seize this opportunity.

This time around, unlike in 1971, the state could not formally intervene in the election of the new Patriarch.

It was a matter of speculation, now premature, whether some “grey cardinals” would influence the choice. “It is hard to say who will ultimately make the choice of the future Patriarch, whether it will be State Security metropolitans, newly-imagined rich ‘archons’, politicians, ordinary Orthodox laity or the Holy Spirit, as Metropolitan Nikolai of Plovdiv put it recently,” Metodiev said.

“As believers we should not forget that there is still God’s providence. An example of this is the fact that in totalitarian 1971, the Patriarch elected was a man who was not an agent of the secret police. And that was the big surprise,” he said.

In an interview with local reporters, Ivan Zhelev, former head of the directorate on religious denominations and an arch-critic of Nikolai, said that the circle influenced by the Plovdiv Metropolitan was made up of Vratsa Metropolitan Kaliniki, Ignatii of Pleven, Grigorii of Veliko Turnovo, Dometian of Pleven and Ambrosii of Dorostol. Another circle was that of Gavril of Lovech, Kiril of Varna, Galaktion of Stara Zagora and Nataniel of Nevrokop.

Another factor in the competition will be manipulation in the media. With Bulgaria lacking any serious newspaper and with reporting driven largely by sensationalism, no holds will be barred in the contest for hearts and minds, and the public may fairly expect to see abundant coverage driven by anonymous sources, accompanied by hearts-and-minds battles on the talk shows. Nor will only clerical figures be involved. Already, apart from Zhelev’s open campaigning against Nikolai ahead of the election of a temporary Patriarch, at the same time National History Museum director Bozhidar Dimitrov let it be known that he thought that Nikolai would make a fine Patriarch and the age limit should be changed.

This has been only the first 48 hours out of four months, and it remains to be seen whether, as Metodiev hopes, the church will take the path of unity so delicately preserved by Maxim.

(Main photo, of a Bulgarian Orthodox Church in the village of Trigrad: Clive Leviev-Sawyer) 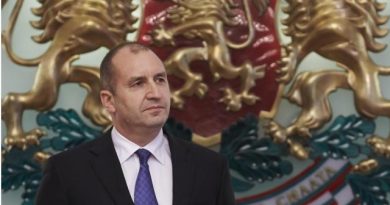