Standard & Poor’s raised the rating to BBB from BBB- with a stable outlook.

Fandukova said that the rating was the same as that of Bulgaria, noting that the rules did not allow a city to have a higher rating than a country. “We have reached the maximum,” Fandukova said.

The agency added, “the rating is constrained by our ‘consolidating but uneven’ assessment of the institutional framework for Bulgarian municipalities, which, combined with emerging strategic and financial planning in the city, limits the predictability of the city’s financial performance. Relatively high exposure of the city’s debt to market risks and large contingent liabilities related to its municipal companies also constrain the rating”. 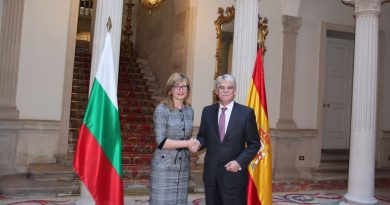