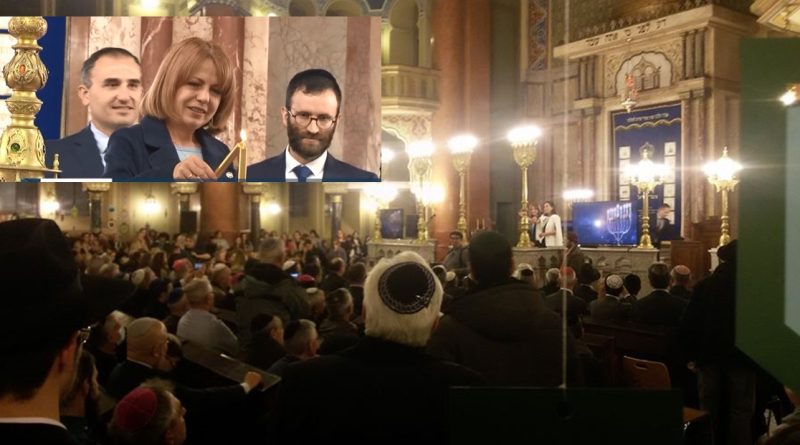 The great hall of Sofia Central Synagogue saw a turnout of many hundreds of celebrants as the Bulgarian Jewish community, joined by guests from other faiths, welcomed the first night of Hannukah.

The first candle was lit by Sofia mayor Yordanka Fandukova, who said: “Harmony and understanding, wisdom and tolerance, are the essence of the spiritual light that has illuminated and will illuminate our Sofia”.

She thanked the Jewish community, and all “who do good and strengthen the millennial spirit of Sofia, of our shared wisdom of the centuries”.

Associate Professor Alexander Oscar, president of the Organization of the Jews in Bulgaria “Shalom”, noting the presence of foreign ambassadors and leaders and members of other communities at the ceremony, said: “We are proud of this tradition of welcome, because it represents a light – the light of unity, the light of fellowship among all of us”.

“Hannukah commemorates not only a miracle but a struggle too, a struggle against those who wanted to extinguish the light. That struggle continues today,” he said.

“Even as we celebrate, we cannot forget for a minute that there are those who would plunge us into darkness – the darkness of hatred and intolerance. Our answer must always be the light. In these recent years, we have sought, with our allies, to extend the light of mutual acceptance and respect further and further, and to fight the darkness. Hannukah celebrates the miracle of the light of eight days. For all of us, we too must hold up the light, and keep it shining, every day of the year; in every window to the world, of all of us, it must shine.”

Yoram Elron, the ambassador of Israel, told the ceremony: “Even as we celebrate and remember the miracle of Hannukah, we cannot forget how the events that we commemorate came about – because of an existential threat to Jews, the threat to their lives, the attempt to destroy the faith and the traditions.

“That threat was overcome by sheer courage. I am proud to say, the kind of courage shown today by men and women of the State of Israel as they stand in defence of my country – the courage of the armed forces, and also the courage of those who speak up on every platform to defend the right of the State of Israel to exist. As it faces the existential threats of today, Israel is defended not only by Israelis, but also by its close friends, and it is heartwarming to say that Bulgaria, its leaders and its people, stands among the very closest of those friends,” he said. 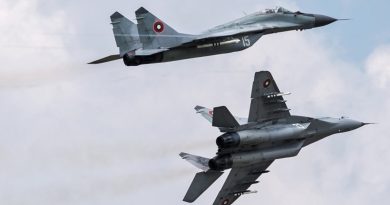 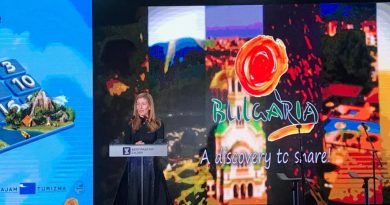