Bulgaria’s Foreign Ministry has issued a warning to the country’s citizens about the measles epidemic that has been declared in the neighbouring Republic of North Macedonia.

Bulgarian citizens intending to visit their relatives or friends in North Macedonia in the coming days should note that in order to limit the spread of the disease, local health authorities have introduced a ban on visiting kindergartens and nurseries and a ban on visits to hospitals across the country, the Foreign Ministry said.

The epidemic was declared was more than 960 cases of measles were confirmed in the country, which has a population of about 2.1 million.

Steps being taken include lowering the vaccination age from 12 to six months. The Public Health Institute said earlier that more than 11 000 children of pre-school age in North Macedonia had not been vaccinated.

Authorities said on April 16 that more than 70 children were hospital, seven in critical condition. Since the beginning of the outbreak, three babies have died of measles.

Earlier in April, Bulgaria’s Health Ministry reported that there were 223 confirmed measles cases in Bulgaria, meaning that the figure had doubled in a month. 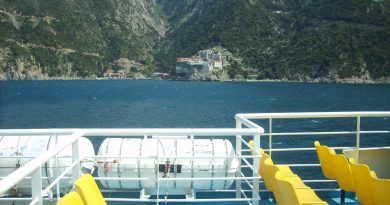