There are 282 registered cases of measles in Bulgaria, of which 223 have been confirmed by laboratory tests, the Health Ministry said, citing figures as at April 3.

This means that measles cases in Bulgaria have more than doubled in a month, from 94 in early March.

There are cases in eight districts in Sofia, the largest number in the Sofia district (as opposed to the city of Sofia), 127.

The next-highest number is in the district of Blagoevgrad, 107, followed by the city of Sofia, 37, Bourgas, three, and Plovdiv, Veliko Turnovo and Kyustendil, one each.

Of the cases, 227 involve children younger than nine, of whom 103 are between one and four years old.

The Ministry of Health is continuing checks whether children have been immunised and has ordered doctors to carry out immunisations in cases where records show that the children have not been vaccinated. A continuing trend in the measles outbreak is that the cases follow refusals by parents to have their children immunised, having believed disinformation they read on the internet. 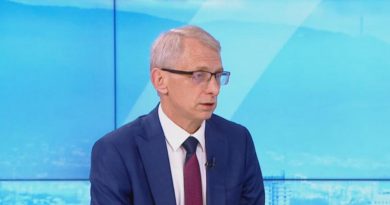