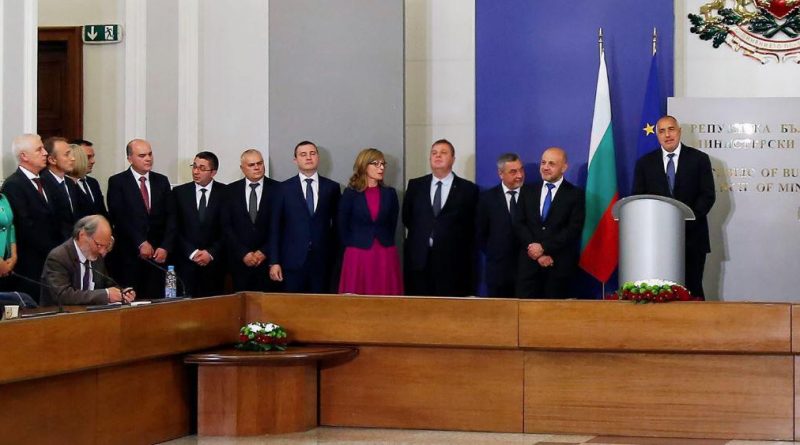 The resignation of Tsetska Tsacheva as Justice Minister in Bulgarian Prime Minister Boiko Borissov’s government is the latest in a succession since the third Borissov Cabinet took office in May 2017, though not all have been accepted.

Tsacheva submitted her resignation amid controversy over the acquisition of an apartment allegedly at below-market price. She, like the other three politicians named in the controversy, denies wrongdoing.

The first to go from the third Borissov government was Health Minister Nikolai Petrov. Borissov accepted Petrov’s resignation on October 30 2017, a day after a Bulgarian television station said that while head of the Military Medical Academy, Petrov signed contracts worth about 1.2 million leva (about 600 000 euro) with a firm owned by a man with whom Petrov’s daughter had a child.

It was also alleged that these were the only two public procurements won by the company, which was not registered with a Bulstat number. Petrov was succeeded on November 10 2017 by Kiril Ananiev, previously the deputy finance minister.

On February 23 2018, Bulgarian Energy Minister Temenuzhka Petkova said that she was submitting her resignation from Borissov’s Cabinet so that the then-proposed deal for the sale of energy utility CEZ’s assets in Bulgaria would not be called into question.

However, Borissov did not accept Petkova’s resignation, which thus was not put to the vote in Parliament.

A stranger twist came when on June 11 2018 the government information service said that Borissov had accepted the resignation of Bisser Petkov as Minister of Labour and Social Policy.

But the following day, Borissov said that Petkov would stay on as Labour and Social Policy Minister. Several voices – including from among the protesters – had called for Petkov’s resignation not to be accepted.

On August 31 2018, Interior Minister Valentin Radev, Regional Development Minister Nikolai Nankov and Transport Minister Ivailo Moskovski submitted their resignations on the orders of Borissov, taking the fall for the Svoge bus crash on August 25, in which 17 people died and 21 were injured. Parliament voted their replacements into office on September 20.

Valeri Simeonov, a co-leader of the nationalist United Patriots grouping that is the minority partner in the third Borissov government, resigned in November 2018 as Deputy Prime Minister following outrage about offensive comments he made about protesting mothers of children with disabilities. Simeonov’s successor, Mariana Nikolova, was voted into office by Parliament on November 21.

On December 20, Bulgaria’s National Assembly voted to close down the Ministry for the EU Presidency, and to dismiss from the Cabinet minister Liliyana Pavlova. Bulgaria held the rotating Presidency of the Council of the EU in the first half of 2018, the first time the country – which joined the bloc in January 2007 – has done so. The end of the six-month period after the EU Presidency meant the end of Pavlova’s portfolio.

(Archive photo: Borissov with members of his Cabinet in May 2017) 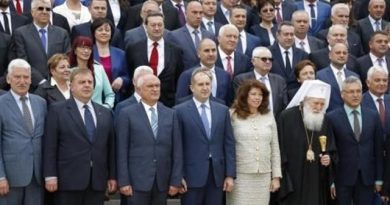