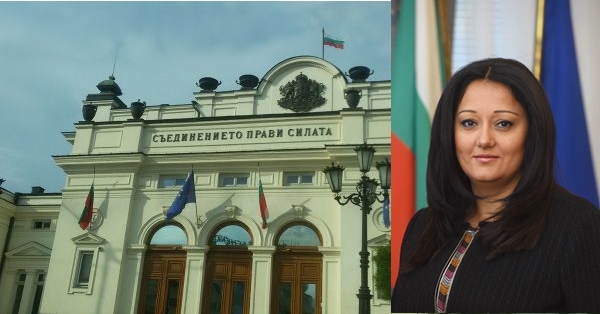 Bulgaria’s National Assembly voted on December 20 to close down the Ministry for the EU Presidency, and to dismiss from the Cabinet minister Liliyana Pavlova, who is set to return to Parliament as an MP.

Bulgaria held the rotating Presidency of the Council of the EU in the first half of 2018, the first time the country – which joined the bloc in January 2007 – has done so.

The country remains, until December 31, part of a “trio” of presidencies – Estonia, from which Bulgaria took over the EU Presidency, and Austria, to which it handed it in the second half of 2018.

Romania succeeds to the EU Presidency at the beginning of 2019.

In Parliament, Foreign Minister and Deputy Prime Minister Ekaterina Zaharieva said that Bulgaria had handled the EU Presidency very well, and expressed the coalition government’s thanks to Pavlova.

A day earlier, Pavlova, reporting on the work done by the Bulgaria-Estonia-Austria Trio, said that it had successfully carried out its main priorities, an EU for jobs, growth and competitiveness, an EU that empowers and protects its citizens, towards energy union and forward-looking climate policy; a union of freedom, security and justice; the union as a strong global actor.

Pavlova said that the Bulgarian EU Presidency had saved 22 million leva (about 11 million euro) on its budget, and it had cost 62 million leva. With renovations and equipment expenses added in, the sum came to 166 million leva, she said.

She said that thanks to the EU Presidency “we changed Bulgaria’s image and increased trust in the country” and Bulgaria had proved that it met all the criteria for joining the Schengen visa zone and the euro zone.

On December 18, ambassadors of other EU member states in Sofia congratulated Pavlova on the work done by Bulgaria during the Bulgaria-Estonia-Austria Trio.

In the December 20 debate, Ivelina Vassileva of Prime Minister Boiko Borissov’s GERB party said that the Presidency had started with strong expectations but also concerns that the government would not cope. Portraying the Presidency as a success, she said that Bulgaria had played not the role not just of intermediary, but of leader.

Kristian Vigenin of the opposition Bulgarian Socialist Party said that shutting down the EU Presidency ministry was months overdue, because this could have been done six months ago and its functions transferred to the Foreign Ministry.

Vigenin said that the good news was, with just a few days to Christmas, that there would be one fewer GERB Cabinet minister. 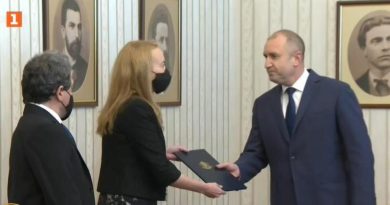