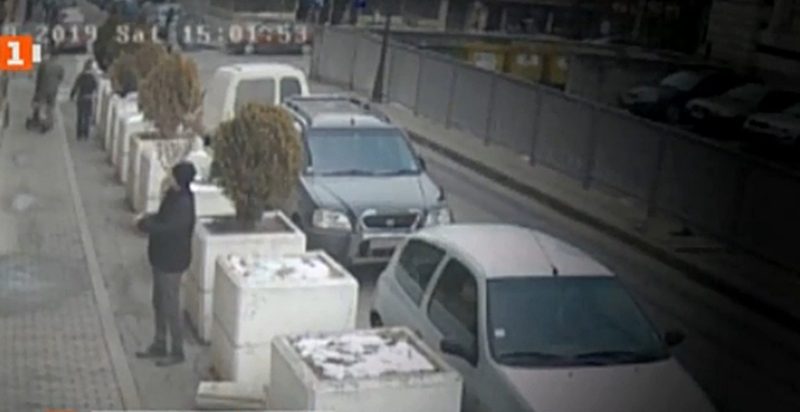 Police in Bulgarian capital city Sofia have taken into custody a 35-year-old man in connection with an incident in which stones were thrown at Sofia Central Synagogue, breaking windows in the Great Prayer Hall, the Interior Ministry said.

He was taken to a police department in Sofia for questioning and evidence would be passed on to the Sofia Regional Prosecutor’s Office, the ministry said.

The incident, which has drawn condemnation from within Bulgaria and internationally, took place at about 3pm on January 19, with passersby doing nothing to intervene as the individual – caught on security cameras – hurled objects at the window of the Synagogue.

Speaking to Bulgarian National Television on January 21, Sofia Cohen, President of the Central Israelite Religious Council of Bulgaria, said that unfortunately, it was very clear that the individual’s actions were purposeful “and we cannot interpret this as anything other than a hate crime”.

“And unfortunately, for us this is a consequence of the widespread language of hatred in our society, which is just growing into physical action now. And all of this happened on Shabbat, the holy day for Jews,” Cohen said.

The attack earlier was condemned by the Organization of the Jews in Bulgaria “Shalom”, the Central Israelite Religious Council, the Council of Religious Communities in Bulgaria, the World Jewish Congress and by Deputy Foreign Minister Georg Georgiev, Bulgaria’s National Co-ordinator for Combating Antisemitism, as well as by the Chief Mufti, spiritual leader of Bulgaria’s Muslim community.

Adding its voice to the condemnation, the Bulgarian office of the American Jewish Committee (AJC) said that it was shocked by the plainly vandal action against Sofia’s Central Synagogue perpetrated on January 19.

Describing the act as one of a fully intentional of hate and antisemitism, the AJC Sofia office said that what had happened “shows that the persistent ignoring of hate speech, inter-ethnic tensions, and escalation of intolerance have reached a critical level in society”.

“The attack against the Jewish house of worship rings the bell that should alarm civil society and the institutions about processes that must be brought under control in order to avoid lasting consequences in a country that has always been proud of its inter-ethnic peace and tolerance,” the AJC Sofia office said.