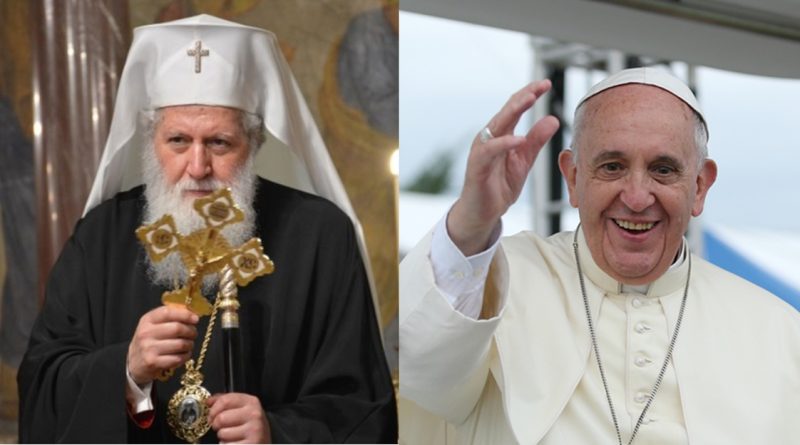 The head of the Roman Catholic Church, Pope Francis, will hold talks with Bulgarian Orthodox Church head Patriarch Neofit on May 5 2019 in Sofia at the start of the Pope’s three-day visit to Bulgaria.

This was announced in a television interview on December 23 by Antoniy, the Bulgarian Orthodox Church Metropolitan of Western and Central Europe.

The metropolitan described Pope Francis as “a very modest man, raised to a very complicated post. He is individualistic and steps outside protocol, and has a childlike simplicity, which makes him different from other Popes,” he said.

Going by the most recent census, in 2011, there are about 50 000 Roman Catholics in Bulgaria. The majority of Bulgarians declare themselves to be Orthodox Christians.

Pope Francis’s May 5 to 7 2019 visit to Bulgaria will take him not only to capital city Sofia but also to Rakovski, about 160km away, a town with a significantly large Roman Catholic community.

The visit will not be the first by a serving Pope to Bulgaria. In 2002, Pope John Paul II visited Bulgaria, from May 23 to 26, a visit that spanned the May 24 feast day of Saints Cyril and Methodius, which is celebrated by both Roman Catholics and Orthodox Christians and is a public holiday in Bulgaria.

During that visit, the head of the Bulgarian Orthodox Church of the time, Patriarch Maxim, greeted Pope John Paul II on his arrival, in spite of reports that he had initially intended not to do so.

Pope John Paul II served a Mass in Plovdiv, and beatified three Roman Catholic priests who had been executed by Bulgaria’s communist regime in 1952. He also announced that he did not believe that there was a Bulgarian connection in the 1981 attempt to assassinate him.

During his May 2019 visit, Pope Francis is expected to meet not only Bulgarian Orthodox Church clergy but also other religious communities in Bulgaria.

Recent notable episodes between Bulgaria and the Vatican have included a controversy in May 2017 when the Pope received visiting President Roumen Radev in audience, with a delegation of officials but no Orthodox or Roman Catholic clergy accompanying the Bulgarian head of state.

The President’s office claimed that this was at the request of the Vatican, but at the time, Metropolitan Antoniy said that this did not “correspond to the truth”.

Covid-19 in Bulgaria: 52 deaths in the past week

Russia’s invasion of Ukraine: Protests to be held in Bulgaria’s capital