The European Parliament must better protect journalists and whistle-blowers and Slovakia must ensure a thorough, independent and international investigation into the murder of Ján Kuciak.

This is the main message of the non-legislative resolution approved by the European Parliament on April 19 2018 by 573 votes in favour to 27 against, with 47 abstentions.

The European Parliament strongly condemns the murder of Slovak investigative journalist Ján Kuciak and his fiancée Martina Kušnírová and suggests renaming Parliament’s traineeship for journalists after him.

MEPs called on Slovak authorities to deploy all necessary resources to ensure a full, thorough and independent investigation of the double murder, preferably led jointly with Europol, to bring the perpetrators to justice. They also urge them to protect investigative journalists from any form of intimidation and defamation charges and from attacks aimed at silencing them.

The murder of Kuciak and Kušnírová led to the largest peaceful protests and street demonstrations in Slovakia since the 1989 Velvet Revolution, calling for justice, accountability, the rule of law, respect for media freedom and action to fight corruption.

The European Parliament raised the alarm about the potential infiltration of organised crime in the Slovak economy and politics at all levels, the politicised selection of top prosecutors in Slovakia and a number of corruption allegations against top officials, which did not lead to a proper investigation and called for stronger impartiality of law enforcement in Slovakia.

MEPs condemned insulting comments made by some EU politicians towards journalists and insist that all EU states must protect the personal safety and livelihoods of investigative journalists and whistle-blowers.

A European Parliament media statement said that MEPs wanted better protection of journalists who are regularly subject to lawsuits intended to censor their work, a permanent EU scheme to support independent investigative journalism, a draft EU directive to protect whistle-blowers, for the European Commission to address challenges to media freedom and pluralism in the EU, and better better monitoring of media ownership concentration. 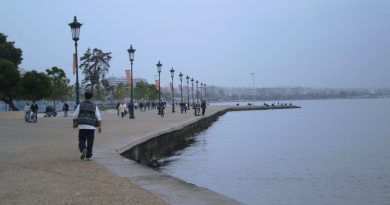