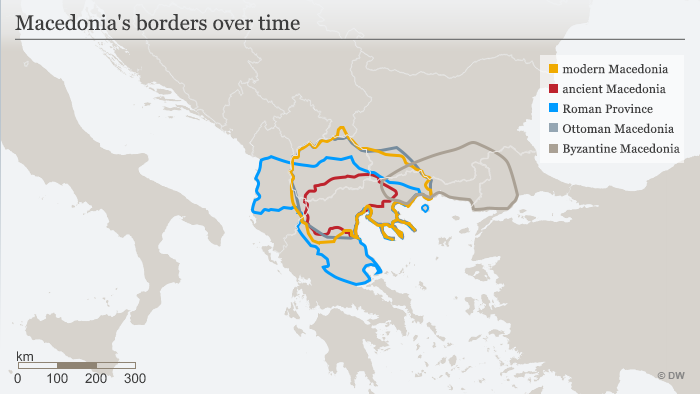 The naming dispute between Greece and the Former Yugoslav Republic of Macedonia has roots that go back to antiquity. The problem is that the boundaries of the region known as Macedonia have changed greatly over time.

Originally, the ancient kingdom of Macedonia — or Macedon — was a relatively small part of the present-day Greek province of Macedonia. It first expanded under King Perdiccas I, then widened to take in other areas, including the three-fingered peninsula of Halkidiki and parts near to the border with present-day Albania.