Bulgaria wants the unity and integrity of the European Union preserved and opposes a model of a multi-speed Europe, the caretaker government in Sofia said on March 8 in a position adopted ahead of the two-day European Council meeting starting on March 9.

Head of state President Roumen Radev is to represent Bulgaria at the EU summit, putting forward the country’s position that trends towards fragmentation of the EU should be tackled by addressing the differences and agreeing on common goals.

“Our position is that in terms of the unprecedented number of crises facing the EU today, he successfully implemented his important function to be the guardian of the unity of the Union and its founding principles,” a Cabinet statement said.

The government of Tusk’s home country Poland opposes a second term for Tusk and is proposing an alternative candidate, though it appears that this bid by Warsaw will fail.

The Gerdzhikov Cabinet said that in the part of the European Council meeting on “jobs, growth and competitiveness”, the Council is expected to confirm the measures necessary to further promote investment, growth and employment, to ensure the sustainability of the positive economic trends in European economies.

“Bulgaria will highlight the importance of these measures for the sustainability of the European social model and to increase the relevance of the EU to European citizens.”

On migration, the European Council will assess the implementation of the guidelines given to the informal meeting of state and government in Malta on February 3.

The European Council is expected to encourage efforts to rapidly implement all aspects of the comprehensive migration policy.

Bulgaria’s position is that providing full control over external borders is of paramount importance and should be a continuous top priority of the EU, which requires solidarity and support for EU countries in the front line.

The European Council is also to discuss the situation in the Western Balkans.

Bulgaria will confirm its support for EU enlargement policy to incorporate all countries of the Western Balkans, but will underline that the progress of each country should be based on individual achievements in implementing the necessary criteria. 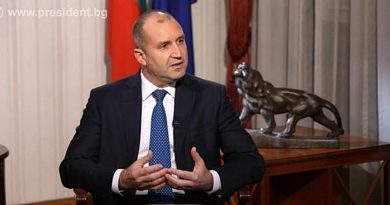