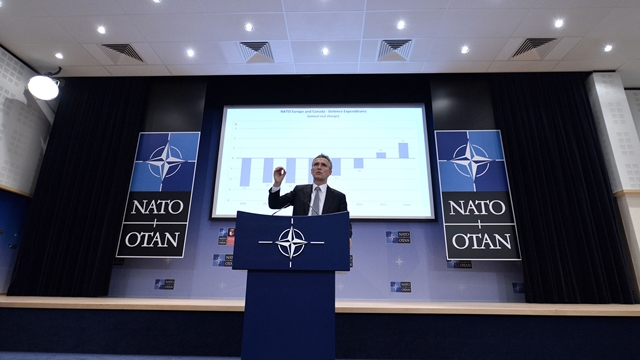 “This will send a clear signal that NATO stands ready to defend any ally,” Stoltenberg said ahead of a meeting of alliance defense ministers beginning Tuesday in Brussels, where officials are expected to formally approve the deployment plan. Stoltenberg said battalions will work on a rotational basis under the orders of NATO commanders.

The talks come ahead of a NATO summit in Warsaw, Poland in July.

Some leaders in the Baltic states of Latvia, Lithuania and Estonia say they fear the force NATO plans to deploy is too small to deter an attack by Russia. “We cannot exclude it … they might exercise on the borders and then switch to invasion in hours,” Lithuanian Defense Minister Juozas Olekas said about the likelihood of Russian aggression in the Baltics.

Ben Hodges, the commander of the U.S. Army in Europe, echoed the Baltic nations’ concerns about the strength of NATO’s deterrence during a recent visit to the Lithuanian capital, Vilnius.

“It’s a transition,” Hodges said. “I hope that includes serious war fighting capabilities. Just putting garrisons of tools sitting in the countries … will not deter.”

There was no immediate reaction from Moscow, whose leaders continuously accuse the alliance of moving more military forces close to its borders, and have vowed to do whatever it takes to protect Russia’s national security and interests.

In December, Russian President Vladimir Putin signed off on a new national security strategy for Russia that unequivocally identifies NATO as a threat.  Observers said the strategy reflects the deterioration in relations between Russia and the West following Moscow’s annexation of Crimea and support for separatists in eastern Ukraine and its military intervention in Syria.