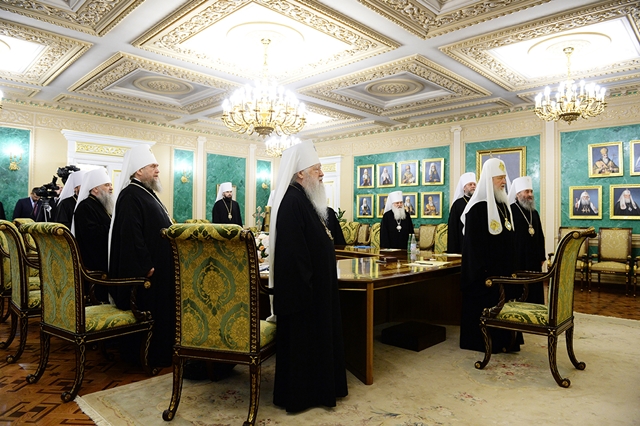 In what was hardly a surprise move, the Holy Synod of the Russian Orthodox Church called on June 13 for the postponement of the Pan-Orthodox Council due to start in Crete in a few days, saying that if the council was not postponed, the Russian church would not attend.

A statement by the Russian church’s Holy Synod said that its decision “took into account” the positions of the Bulgarian Orthodox Church and the Antioch, Georgian and Serbian patriarchates.

With the Bulgarian church having been the first, those Orthodox Christian churches all in recent days have taken similar stances – either calling for postponement and saying that they would boycott unless there was a postponement, or saying outright they would not attend.

The Russian Orthodox Church – a close affiliate of Putin’s Kremlin – has been seen by critics as seeking to undermine the Pan-Orthodox Council, which was intended to have been the first full top-level gathering of independent Orthodox churches in 1000 years, and in particular directing its manoeuvres against the Ecumenical Patriarch, the Istanbul-based top churchman meant to be “first among equals” in Orthodox practice.

The Pan-Orthodox Council, which has been in preparation for more than four decades, was beset by problems in recent months as tensions deepened between Russia and Turkey over Ankara’s downing of a Russian military aircraft in late 2015. This led to Russian pressure succeeding in the council venue being moved from Istanbul to Crete.

Churches such as the Bulgarian Orthodox Church have denied that their position was taken because of external influence from Moscow.

The Bulgarian Orthodox Church’s Holy Synod cited a number of objections to the preparations, some procedural and other protocol, in announcing on June 1 its stance on the Pan-Orthodox Council.

On June 7, the Ecumenical Patriarchate, noting the growing troubles, called on all Orthodox churches to attend the council.

The Russian Orthodox Church’s Holy Synod said that the consent of all recognised local autocephalous churches to attend the June 18 to 26 council in Crete was “obviously absent”.

In phrasing similar to that previously used by the Bulgarian and Serbian churches, the Russian Holy Synod said that the “only possible solution in this case” was the postponement of the Pan-Orthodox Council, the continuation of preparations and the subsequent achievement of common Orthodox consensus to hold it at another time.

The Russian church said that it would immediately send this proposal to Ecumenical Patriarch Bartolomeos of Constantinople and to all the primates of the local Orthodox churches.

Should the proposal not be accepted and the Pan-Orthodox Council (officially, the Holy and Great Council of the Orthodox Churches) be convened in spite of the absence of the local Orthodox churches, “with deep regret” it would be impossible for the delegation of the Russian Orthodox Church to participate in it.

The Russians said that “in every possible way” they would continue efforts to strengthen Pan-Orthodox co-operation in preparation for a future Holy and Great Council, “which aims to become a true testament to the Holy, Catholic and Apostolic Church”.

(Photos: Patriarchate of Moscow and all the Russias) 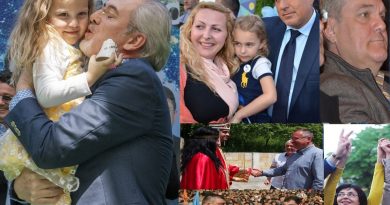