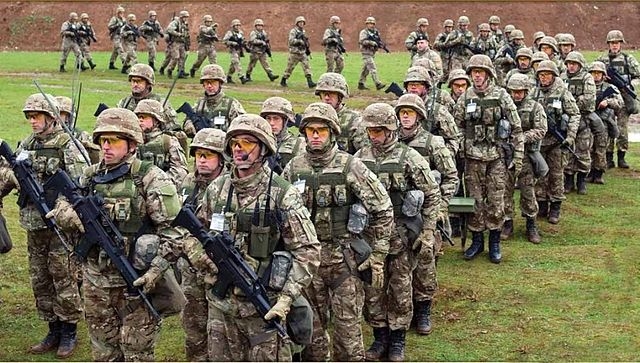 As NATO defense ministers meeting in Brussels discuss efforts to deter Russian aggression, rising tensions not seen since the Cold War will be on the minds of central and eastern European foreign ministers gathering Thursday in the former Yugoslavia.

The agenda of the annual meeting of the Central European Initiative (CEI) in Banja Luka aims to focus on Europe’s migration crisis as well as business, transportation, and energy issues.

But the 18-member state group is expected also to discuss plans by some Balkan nations to join NATO, the Euro-Atlantic military alliance whose expansion Russia has deemed a threat to its security.

NATO foreign ministers in May signed the Accession Protocol for CEI member Montenegro, paving the way for Podgorica to become the defense alliance’s 29th member as soon as July.

Bosnia and Herzegovina and the former Yugoslav Republic of Macedonia are also pursuing NATO membership, while Russia’s strongest ally in the region, Serbia, is so far remaining neutral. Albania and Croatia became NATO members in 2009.

“For Russia it’s something like a very telling signal… that it’s losing it’s traditional influence it had lost with many countries in eastern and central Europe,” says Moscow State University’s Institute of International Relations’ Viktor Mizin. “And, now it’s the turn of [the] Balkans,” he adds.

While all the Balkan countries looking to join NATO began their efforts years ago, Russia’s aggression in Ukraine has only spurred the drive toward NATO, says Alexander Golts, a Moscow-based independent military analyst and visiting researcher at Uppsula University in Sweden. “And, I think it’s a clear [example] of Russian ‘successes’ in foreign policy when the most closest allies to Russia are trying to escape from it as soon as possible,” he tells VOA’s Moscow Bureau via Skype. “Of course, it’s the result of Russia’s ‘successes’ in Ukraine and Crimea,” he adds.

“There is no doubt that the expansion of NATO in the Balkans will worsen already strained relations between Russia and the military alliance,” says expert for the Russian International Affairs Council Ilya Kravchenko.

Moscow has threatened economic and diplomatic retaliation if Montenegro joins the alliance and is likely to step up its media propaganda to the region as well.

“In response to NATO’s expansion in the Balkan region, the Kremlin will try to manipulate Serbian populations in Montenegro or Macedonia, reviving their discontent against the government,” says Kravchenko. Economic “punishment” is quite likely, he says. “In fact, Russian officials can impose measures that will result in tourism decrease in these former Yugoslav republics. We already know how it works in the cases of Egypt or Turkey,” says Kravchenko.

But while Russian aggression is an expressed concern among some in the Balkans, it is not the main reason they want to join NATO.

Joining NATO is seen as a step toward eventual membership in the European Union, says Mizin. “But I think, unlike for example Poland or the Baltic states where the political class, the elites really felt themselves threatened or just bullied by Moscow, I think in the Balkans it’s more, if you wish, cynical because they are expecting probably more subsidies, more money from NATO. Pretty much like they are expecting on the economic dimension from the European Union,” adds Mizin.

But, joining NATO is not just about money and economics for the Balkans, says Golts.

The Central European Initiative was founded in 1989 to support European integration. Its 18 member states include a number of NATO and EU countries as well as Ukraine.