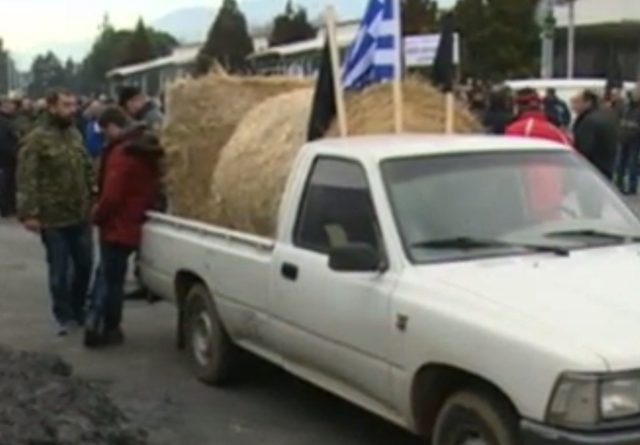 Hundreds of Greek farmers blocked two border crossings with Bulgaria on January 27 in the latest in a series of such blockades, adding that unless their demands against pension reform were met, they would embark on an indefinite blockade of Greece’s borders, main roads and ports.

The two border checkpoints that were blocked were the Ilinden-Exochi and Kulata-Promachonas crossings, each for about an hour, Bulgarian National Radio said.

The Greek farmers brought tractors and were supported by lorry drivers, the report said. The Greeks said that for every 100 euro earned, they would have to give 85 to the state and were refusing to do so.

Small-scale farmers in Greece have been on strike in response to Greek government plans to reduce tax breaks for farmers, a step that the government says is necessary to avert Greece being unable to pay pensions to more than two million pensioners.

The farmers also intend joining in a general strike called in Greece for February 4 over social security amendment legislation.