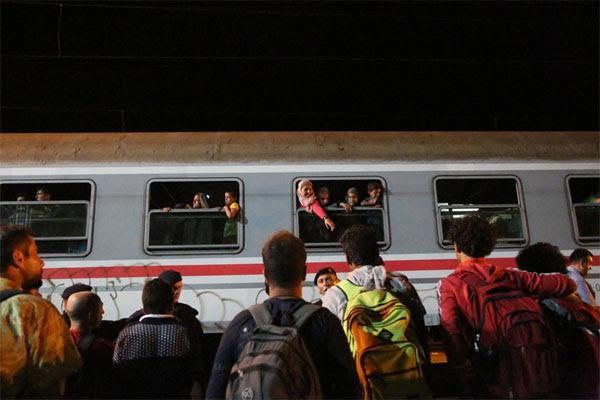 As continuing conflict in the Middle East and elsewhere drives people to seek refuge in Europe, the International Organization for Migration (IOM), UNHCR and about 65 other organisations have appealed to donors for $550 million to support the ongoing humanitarian response.

With global forced displacement at a record high of about 60 million people and increasingly impacting countries of the Global North, 2015 saw more than a million refugees and migrants arriving in Europe by boat, IOM said.

About 850 000 of these crossed from Turkey to Greece, with most continuing through the Balkans and towards Austria, Germany, Sweden and other western European countries.

The appeal, launched in Geneva on January 25, aims at funding humanitarian operations in 2016 across the affected countries, with about half of the funds allocated for Greece.

Humanitarian operations will include aid and protection activities where people are arriving, including identifying those at heightened risk, registration, shelter, water and sanitation to bolster the capacity of frontline responders, including coastguards, border guards, police and support for affected communities. Help with relocation, resettlement and other regular solutions was also part of the appeal.

In a separate statement, IOM said that since the beginning of 2016, IOM estimates that 45 361 migrants and refugees have arrived in Greece by sea. This is roughly 31 times as many as the 1472 recorded by the Greek Coast Guard for the whole of January 2015.

About 90 per cent of the new arrivals are from Syria, Iraq and Afghanistan – the three countries whose nationals are allowed to pass freely from Greece into the Republic of Macedonia en route to Western Europe, IOM said.

Ukraine hopes to wall off Russia