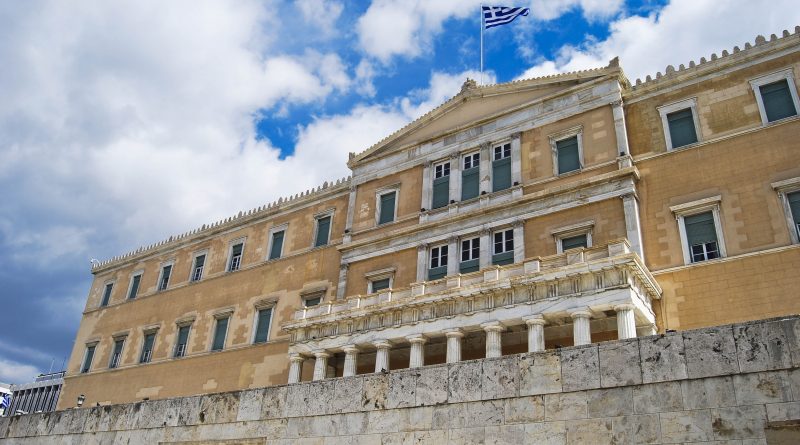 Greek voters will cast ballots on Sunday to elect a new parliament, with opinion polls indicating they could put a leftist party in power that would take a harder line with the country’s creditors in an effort to end years of austerity and recession.

The Greek election campaign has been largely focused on Alexis Tsipras, whose enthusiastic supporters have lifted his Syriza party from 5 percent a few years ago to about 30 percent now.

“Give us a mandate to rule so we can put an end to the catastrophic bailouts and  be able to negotiate,” he said. “Vote for stability!  Give us the power to take Greece to new levels. Give Syriza the majority!”

Syriza leaders say they want to renegotiate terms of nearly $300 billion in bailouts fronted since 2010 by the  European Commission, the European Central Bank and the International Monetary Fund.

They argue the widely unpopular austerity measures demanded by the so-called troika have brought devastating hardship to millions in Greece, which now has an unemployment rate of more than 25 percent.

But Syriza is not likely to win a majority, and may not even emerge as the largest party in parliament. That may be New Democracy, the current coalition leader, headed by Prime Minister Antonis Samaras.

And either one of them will likely need a coalition partner — from the left … from one or two centrist parties … or from the right, or possibly even from the extreme right wing New Dawn party, which is polling up to 6 percent even though its leaders are in jail.

The Greek electorate is polarized after years of economic hardship that the major parties have not been able to end, and Syriza has been the major beneficiary, says professor Spyros Economides of the Hellenic Observatory at the London School of Economics.

That crisis can be seen on an Athens street, where volunteers provide food for the poor and unemployed. One of them, Constantinos, says he doesn’t care who gets elected.

Maria, an unemployed Athens resident, says she won’t even go to vote.

“Why should I?  Do any of them care about me?  I never knocked on doors begging,” she said. “I didn’t want to. I can’t even listen to them. I’m not interested.”

Scenes like these on Athens streets, and a large vote for a sharp change of direction, could enable a Syriza-led government to get new concessions from creditors, says European affairs expert Ramon Pacheco Pardo of London’s King’s College.

“A Syriza government will have a strong hand to play against the European Union,” said Pardo. “Any government run by Syriza, either by itself or in coalition, will have the popular mandate and therefore would have leverage.”

That is what Greeks need, after years of austerity and recession. But experts say getting concessions won’t be easy. And more frustration could push a Syriza-led government toward extreme steps, like withdrawing from the euro or even from the European Union. It could be a recipe for political instability, which some say would be the worst outcome of all.