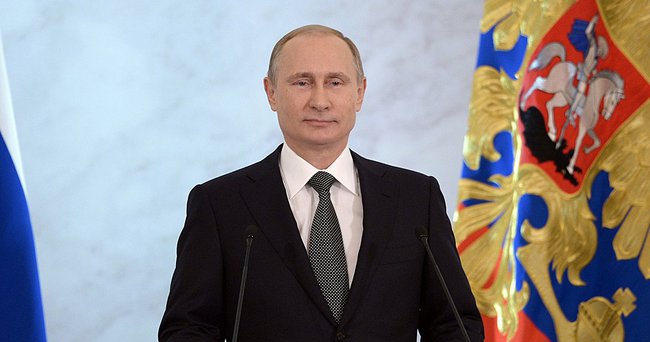 Russian president Vladimir Putin has defended his country’s annexation of Ukraine’s Crimean peninsula and accused the West of using the Ukraine crisis as a pretext to impose sanctions on Moscow.

On the subject of Western sanctions, he said: “When anyone thinks Russia has become strong, independent, such instruments are applied immediately.

“This is not just a nervous reaction of the United States and their allies to our stance in regard to the events and coup in Ukraine; not even in regard to the so-called Crimean spring,” he added. “I am certain that if all this did not take place … they would come up with another reason to contain Russia’s growing capabilities, to influence it or, even better, use it for its own goals.”

Russia’s economic situation has unraveled since the United States and the European Union imposed a series of increasingly harsh economic sanctions on Moscow over its annexation of Crimea and what they see as support for separatist rebels in eastern Ukraine.

Of Ukraine, Putin said: “Every nation has an inalienable, sovereign right to its own path of development. … Russia always has and always will respect that.”

However, he condemned “the coup, the forcible seizure of power in Kyiv in February” when former Ukraine President Viktor Yanukovych was forced from power. “What we are seeing now in Ukraine, the tragedy in the southeast, fully confirms that our position is right,” Putin said.

Western sanctions, coupled with a sharp decline in oil exports and the free fall of the Russian ruble, prompted Moscow on Tuesday to predict the Russian economy will further contract in 2015.

In his speech, Putin said the country’s National Weath Fund should be used for supporting domestic banks. He also said as of November 1, the fund, which aims to cover future pension shortages, stood at $81.7 billion. 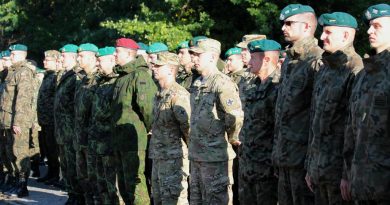