Officials from Bulgaria’s Ministry of Culture said on December 4 that they would not attend a meeting of the parliamentary portfolio committee, scheduled to discuss the culture budget, as a gesture of solidarity with people from the arts and culture scene in Bulgaria who want the resignation of committee chairperson Slavi Binev.

Binev, the subject of a barrage of complaints and protests about his election as head of the Bulgarian Parliament’s committee on culture and the media, earlier told a news conference on December 2 that he had no intention of stepping down.

The election of Binev to head the committee drew outrage among various media and prominent figures from the arts world, with a well-attended protest having been held in Sofia on December 3 – and with a separate protest to follow on December 5, not only against Binev but also against Culture Minister Vezhdi Rashidov.

The team of Rashidov, a sculptor returning for a second term as Culture Minister from the quota of cabinet majority partner GERB, said that he repeatedly had said that he would not allow himself to comment on decisions of Parliament, “but also is obliged to protect the interests of Bulgarian artists”.

The culture ministry officials said that they had spoken to members of the committee from GERB, informed them of their position on the proposed budget, and had asked them to defend this position.

Binev’s lack of background in the field of culture, his business career, his CV of ultra-nationalist politics and his hostility to BNT and BNR all have contributed to opposition to Binev retaining the committee chairpersonship.

“This is the main reason to refuse to participate in today’s meeting of the parliamentary committee on culture and media,” the public broadcasters said.

“It is not possible to have an objective dialogue on the budget of BNT and BNR in a situation in which the head of the committee is conducting a deliberate campaign against the public media with misleading accusations, complete unawareness and targeted dissemination of manipulative techniques.”

BNT and BNR, which earlier had publicly spoken against Binev heading the committee, to which he responded by saying the two broadcasters “feared the reforms” he would bring, said that they were subject to regular financial check-ups.

“The attempt to portray our principled position as fear of a revision only confirms the fears of revenge and interference in the work of independent public media,” the broadcasters said.

“As a sign of lack of confidence in the possibility of the head of the committee ensuring an objective discussion, we will not attend today’s meeting.”

The broadcasters said that the budgets of the public television and radio were an extremely important topic that should be discussed in an atmosphere in which the emphasis would be on real arguments and facts.

It was crucial to discuss the consequences for society of the declining budgets of BNT and BNR in recent years, given the broadcasters’ commitments under the Radio and Television Act.

At the December 3 protest, Youth Theatre director Vladimir Lyutskanov said that there were worthier people who could head the culture and media committee.

Lyutskanov said that there was no significant difference between the appointment of Binev and the 2013 election of Delyan Peevski as head of the State Agency for National Security.

Lyutskanov said that Binev’s election was the logical conclusion of everything that those in power had been doing in the sphere of culture. The Youth Theatre had drafted a protest declaration which is read before every performance.

Theatre director Alexander Morfov, who resigned from his State Theatre position in protest against Binev heading the parliamentary committee, told reporters, “we will fight while we can, but if we fail to achieve anything, then there is no sense in staying in this country”.

As reported by BNT, Binev said, “I never imagined that publicly-funded media or media that are supported by public funds could be used as a tool for a personal vendetta, I cannot imagine this and I can be sure that I am safe in my claim that a lot of people are afraid, which means that I am in the right place”. 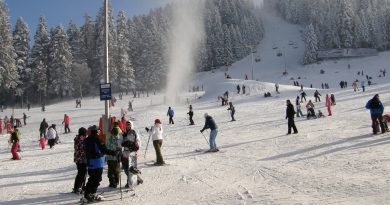