The latest uproar over the state of emergency medical services in Bulgaria , with staff in Sofia and elsewhere protesting over the dismissal of service chiefs in the capital city after a 40-year-old woman died in an incident in which an ambulance was late, is continuing.

The incident has again brought to the fore issues of underpayment of medical staff, long working hours, poor organisation and lack of resources.

After the death of the woman – in circumstances which remain disputed – the government dismissed the head and deputy head of emergency services in Sofia. This led to protests by staff, including emergency services employees in the capital announcing their collective resignation.

Tanya Andreeva, the current health minister in the Bulgarian Socialist Party cabinet, announced that Dr Alexander Zlatanov of the regional health inspectorate was being appointed as the acting head of emergency services in Sofia, but protesting staff said that they would form a human chain on June 3 to block his arrival at emergency services headquarters.

There were contradictory versions of June 2 talks between Andreeva and representatives of emergency services staff.

According to the health ministry, the talks covered the problems faced by the emergency medical services and the steps being taken by the institutions to solve them.

But on June 3, Milena Dimitrova, a head nurse and a member of the strike committee, told public broadcaster Bulgarian National Television, “we are not satisfied with yesterday’s meeting with us, there were no specifics, no deadlines, just generalities were spoken”.

Also disputed is the attitude of emergency services staff towards Andreeva. There have been calls for her resignation, but the association of accident and emergency services workers has expressed support for her, while Plamen Oresharski – occupant of the prime minister’s chair in the BSP cabinet – also has backed Andreeva.

Oresharski’s hint that Andreeva would not be axed comes against a background of talks and speculation about changes to the cabinet because of the resounding slap dealt to the BSP when it ran a poor second in May 2014 European Parliament elections.

In contrast to Oresharski’s support, reports in the Bulgarian-language media said that BSP members had identified Andreeva as one of the ministers that should be dropped for failure to carry out reforms.

Andreeva, who has redeployed medics from Tsaritsa Yoanna and Pirogov hospitals in Sofia to emergency medical services because of the protests, has promised action, including a “serious discussion” with Sofia municipality. She conceded, going by media reports, that she had been unaware of some of the problems such as overtime work, saying “obviously, the system is falling into decay at many levels. However, we haven’t lost everything yet”.

Separately, in a television interview on June 3, Andreeva said that there was a “hysterical reaction” to the dismissal of emergency services head Dr Georgi Gelev and his temporary replacement by Zlatanov.

She said that the metropolitan emergency service medics only wanted salary increases and for the old management to be kept on, while the association of accident and emergency services workers had proposed specific measures to overcome the problems.

According to Andreeva, the resources of the emergency medical services had been spent inefficiently and even now, just through redistribution, the salaries of doctors, nurses and medics could be increased. Administrative staff were being paid more than doctors, she said. 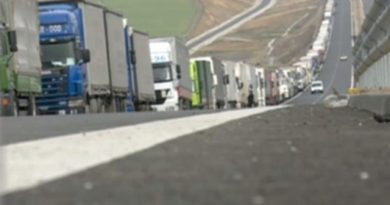