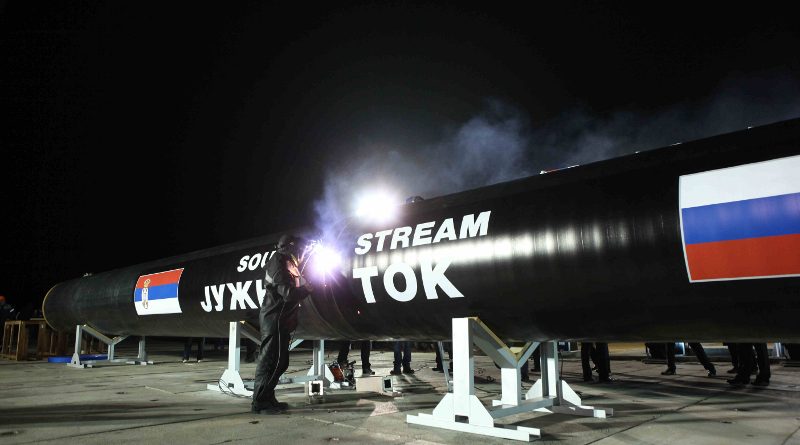 Russian president Vladimir Putin’s announcement, in Ankara on December 1, that Moscow would scrap it plans to build the South Stream gas pipeline caught most countries in South-Eastern Europe by surprise.

The project was meant to bypass Ukraine and, according to the Kremlin, provide secure gas deliveries to countries in Central and South-Eastern Europe, minimising the risk of interrupted supplies as a result of the continued stand-off between Moscow and Kyiv over the armed insurrection in eastern Ukraine and Russia’s illegal annexation of Crimea.

Predictably, the strongest reaction came from Serbia, which was set to play a key role in the project and remained committed to it despite pressure from the European Commission to halt any work on the pipeline. Despite its stated intention to join the EU, Belgrade has also resisted calls from Brussels to join the sanctions against Russia.

Serbian president Tomislav Nicolic described Putin’s announcement as “unfavourable for Serbia” and said that his country appeared to be caught “in a cat-and-mouse game between the West and East”, in comments aired by public broadcaster RTS. He said Serbia wanted to discuss the issue with both the EU and Russia and would seek Russian reassurances that the country will not be left without energy supplies.

Serbian Prime Minister Aleksandar Vucic has said that the announcement about the scrapping of the South Stream project was “not good news for Serbia,” B92 reported. “We have been investing in South Stream for seven years and we in no way contributed to that decision, it is obvious that we are suffering because of a clash between major powers,” he said.

In Hungary, another country set to play an important role in South Stream that chose to cultivate closer ties to Russia despite EU’s opposition to the project in its current form (the EC wants South Stream to adhere to EU energy regulations, which Russia opposes), the reaction has been more subdued.

The country’s foreign minister Peter Szijjarto told Hungarian news agency MTI that Hungary needed to find new sources to ensure the security of its energy supplies for the long term. “Russia had the right to make that decision and Hungary has acknowledged the move,” Szijjarto said. “In order to secure Hungary’s long-term energy supply, we have to look for additional opportunities, and among these options gas deliveries from Azerbaijan to Central Europe via the Southern Gas Corridor features prominently.”

In Austria, one of the final destinations of the pipeline, economy minister Reinhold Mitterlehner sought to downplay the impact of the decision. “In the end we believe this is a matter that still needs to be clarified. I assume that is has really been stopped,” he said, as quoted by Reuters news agency. “Gas supplies are not affected by this because this was a future project that would have shown its impact only in several years,” he was quoted as saying.

In Italy, foreign minister Paolo Gentiloni took a similar stance, saying it is too early to make a definitive judgement on the announcement about South Stream’s cancellation. “The coming days and weeks will show whether the announcement made by [Russian] president [Vladimir] Putin is final or not,” he said.

Croatian prime minister Zoran Milanovic said that the decision will have little impact on his country, because it has other sources of gas deliveries. “Croatia is generally interested in things like that, but is not dependent because we have our own energy sources and alternative routes,” he said, as quoted by Bloomberg news agency.

Milorad Dodik, president of the Republika Sprska in Bosnia-Herzegovina, said that the announcement was “bad news” for both the Serbian entity and the country as a whole, Independent Balkan News Agency reported.