Top officials of the Bulgaria government are not subject to a proper integrity framework – no code of ethics is applicable to them, no awareness-raising on integrity matters is provided and no mechanism for confidential counselling on ethical issues is in place, according to a report by the Council of Europe’s Group of States Against Corruption (GRECO), released on January 19.

In addition, GRECO calls for more transparency concerning the conditions of government officials, including their remuneration and possible ancillary activities.

The report also highlights the absence of rules and transparency in respect of interaction with lobbyists seeking to influence government policies and calls for the elaboration of such rules.

GRECO is also concerned about ineffective verification of top officials’ declarations of interest and assets and says their control should be more in-depth.

Another issue of concern is the lack of effectiveness of the criminal justice response to corruption offences involving top government officials.

The criminal process needs to be enhanced, including by eliminating procedural impediments to investigations and providing for adequate sanctions.

GRECO furthermore stresses the need to strengthen the operational independence of the Police from political influence.

A comprehensive mapping of corruption risks in various police structures is called for, and a dedicated anti-corruption strategy should be put in place.

Moreover, a code of ethics for the police is required, covering all relevant integrity matters in one document (e.g. conflicts of interest, gifts, contacts with third parties, outside activities, handling of confidential information), which needs to be addressed during initial and in-service training, including in respect of senior rank officers.

Issues, such as sponsoring of the Police require to be regulated in detail. GRECO also calls upon the authorities to ensure that recruitment and promotion procedures of the Police are sufficiently transparent and based on merit and calls for more representation of women at all levels in the Police.

An obligation to report integrity-related misconduct within the police is needed, and comprehensive legislation is required to ensure effective protection of whistle-blowers.

In the report, GRECO addresses 13 recommendations to the authorities of Bulgaria concerning corruption prevention among persons entrusted with top executive functions and 15 recommendations on the police. 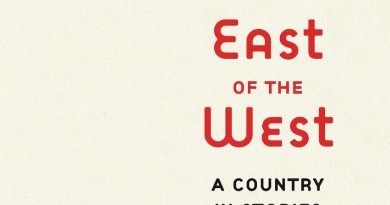