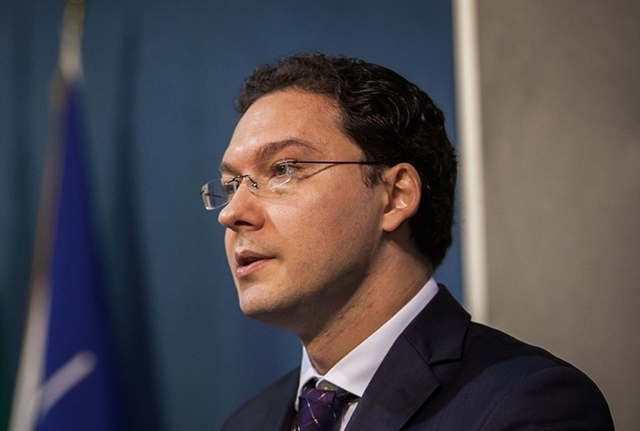 Minister of Foreign Affairs of Bulgaria Daniel Mitov gave an exclusive interview to IBNA. The head of Bulgarian diplomacy spoke of his country’s relations with the EU, Russia, the Republic of Macedonia, Greece and Turkey and the efforts made to improve cooperation within the framework of international legality.

Are you confident that Schengen will survive and that Bulgaria will join it while the current Bulgarian government is in office?

I’m absolutely convinced that we must take a look at the European Union as exactly a Union and keep our unity alive. The Union has its external borders and our efforts need to be directed towards preserving and controlling those borders and managing those borders as well. I am also confident that Bulgaria will soon have the chance to access the Schengen Zone even if partially, to open the air and maritime borders. We are exactly looking forward to that solution and then of course after a while we can plan the full participation of Bulgaria and Romania into the Schengen space.

Europe needs to preserve its freedoms. No freedom that was already gained can be sacrificed and that is why the Schengen space needs to be kept as it is and all those temptation to build walls or restore borders need to be countered and wherever there are increased controls they need to be perceived only as temporary with regards to the migration crisis but nothing else.

How would you characterise Bulgaria’s current relations with Russia?

Bulgaria’s current relationship with Russia is complicated as Russia’s relations are with the whole European Union and the transatlantic community. At one hand we cannot recognize in any way as legitimate what was done in Ukraine, the annexation of Crimea is illegal and the deliberate destabilization of Eastern Ukraine needs to stop. That is why we are insisting on the full implementation of the Minsk agreements, and until those agreements are not fully implemented we think that the sanctions towards Russia need to remain because that is the only instrument we have. All the other alternatives are undesirable. Of course we are trying keep open channels for open communication with Russia and talk about current issues like the peace process in Syria, like the stabilization of the Middle East and North Africa in general. You know that Russia was part of the conversation related to the lifting of sanctions towards Iran. Maybe there are other issues as well which we can talk about. However, the Ukrainian crisis raises a lot of questions and a lot of concerns when it comes to the role of the Russian Federation in the geopolitical processes.