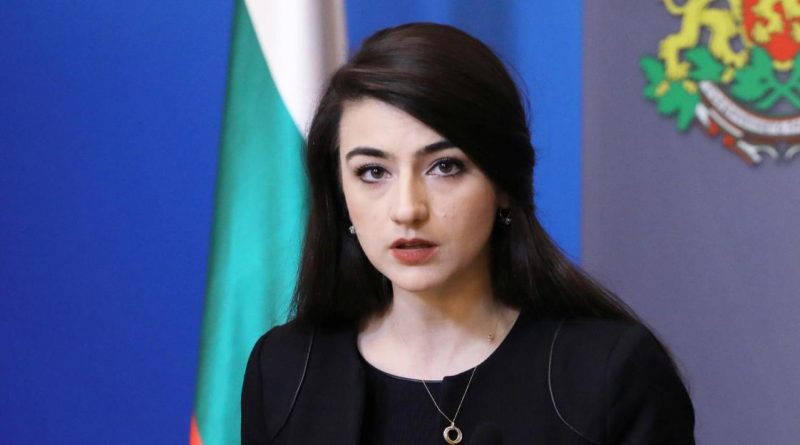 Bulgarian Prime Minister Kiril Petkov will not be in a hurry to table in Parliament the resignations of the four Cabinet ministers from Slavi Trifonov’s ITN party, following ITN’s withdrawal from the ruling coalition, PM’s chief of staff Lena Borislavova told local media on June 10.

Borislavova said that the priorities at the moment were to adopt the Budget amendments, the amendments to the Energy Law on the compensations that businesses rely on, and the bill on the new anti-corruption commission.

She said that ITN had sabotaged judicial reform by refusing to agree to the legislative reforms of the anti-corruption commission.

Borislavova said that it depended on the reform of the anti-corruption commission when Bulgaria would receive the money under the EU’s Recovery and Sustainability Plan.

Amendments to 22 laws are required in order for Bulgaria to receive the money.

ITN parliamentary group leader Toshko Yordanov said on June 10 that the ministers – of foreign affairs, energy, regional development, and sport – who had submitted their resignations would continue to perform their functions until Parliament votes on their resignations.

However, Yordanov added that if the procedure is postponed for months and the resignations were not tabled in Parliament, the four ministers could stop fulfilling their duties and “block” their ministries.

Following Trifonov’s June 8 announcement of ITN’s withdrawal, Friday was the latest day that saw the previous fractiousness between ITN and the Kiril Petkov-Assen Vassilev We Continue the Change (WCC) turn into open acrimony.

Transport Minister Nikolai Subev, of WCC, told Nova Televizia that Trifonov was a political puppet who did not make decisions on his own.

Asked whose “political puppet” Trifonov was, Subev replied: “Of people who have an interest in keeping the situation in Bulgaria as it has been for 30 years”.

ITN MP Iva Miteva said that Petkov had tried to persuade an ITN MP, Kiril Simeonov, to defect from the party, to support his government.

Simeonov told reporters that the invitation to talk had come personally from Petkov and they had spoken briefly on Thursday night.

“We had a brief meeting where he offered me absolutely nothing, I’m completely honest – no posts, no money or any such things, we just talked and he told me that if I could reconsider my position so as not to throw the country in chaos,” Simeonov said.

Miteva said: “We heard the Prime Minister talk about 12 MPs (to vote with the government) the other day, apparently he is looking for them at the moment”.

WCC parliamentary leader Andrei Gyurov said: “I can not comment on whether it is a lie, whether there was a meeting.

“My name is not Kiril, so I was not on either side of this meeting. I guess there may have been a meeting, I can’t really confirm,” Gyurov said.

“But what I want to make clear is that we have said that there are several key priorities for the state at the moment, and we have goals that we need to achieve in this House. They are, first of all, the adoption of the Budget update, support for the citizens, the families, the working parents, the pensioners. This is priority number one,” he said.

ITN held a news conference in Parliament, levelling a number of allegations against Petkov and WCC, including that Petkov had said that the security services answered to the President and he wanted his own investigative body.

WCC responded with its own news conference, dismissing as “outright lies” the various claims made by ITN about the drafting of the bill on the anti-corruption commission.

On June 10, President Roumen Radev made his first public comments on the situation following ITN’s withdrawal from the ruling coalition.

“The political crisis is a fact,” Radev said.

“But unlike previous crises, this one is unfolding in the face of progressive inflation, a social, economic and food crisis caused by the war in Ukraine.

“The parties represented in Parliament must find a way out of the situation as soon as possible, because we need responsible and sustainable governance,” Radev said.