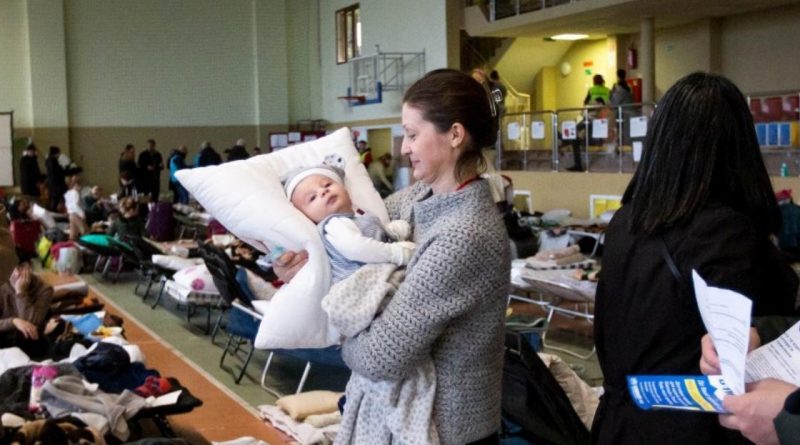 About 2 698 280 people had fled the war in Ukraine, the United Nations refugee agency said, citing figures as at March 12.

The largest number had gone to Poland, more than 1.65 million, according to the UN High Commission for Refugees.

About a quarter of a million had gone to Hungary and close to 156 000 had gone to Slovakia.

Poland’s Interior Ministry quoted deputy minister Paweł Szefernaker as saying that the registration of refugees from Ukraine who wanted to obtain a PESEL number and stay in Poland would start on March 16.

A PESEL number is an identity number, needed for formalities such as opening a bank account or registering with a doctor.

Szefernaker said that from March 16, residents of Poland who had taken in refugees from Ukraine to their own homes might apply for refinancing the cost of their stay.

The sum is 40 zloty (about 8.35 euro) per person a day, to be paid retroactively, effective from the date that they accepted refugees from Ukraine under their roof.

On March 12, Polish President Andrzej Duda signed into law the act on assistance to citizens of Ukraine who had fled the war ordered by Russian President Vladimir Putin.

Also provided for are the right to work, access to social benefits and the health care system, while citizens of Ukraine may also apply for a one-off cash benefit of 300 zloty per person.

The Romanian Border Police said that on March 12, a total of 16 676 people entered Romania, two per cent more than the previous day.

Between February 24 and midnight on March 12, a total of 397 542 Ukrainian citizens had entered Romania, the Border Police said.

Moldovan Foreign Minister Nicu Popescu said in a message on Twitter on March 12 that Moldova had registered more than 314 000 refugees who had crossed into the country since the beginning of the war in Ukraine.

Popescu said that about 103 000 refugees were still in Moldova. He cited the UN office in Moldova as saying that 91 per cent of them were women and girls.

Interviewed by the BBC on March 12, Popescu said that Moldova was approaching breaking point in its ability to shelter those fleeing the war in Ukraine.

Separately, Moldova’s government said that on the country’s national roads, 20 temporary road signs, in Ukrainian and Russian, had been installed to help Ukrainians reach the border crossing points with Romania.

Put up between March 9 and 11, the road signs show the direction and name of the border crossing points and the distance to them.

The Bulgarian Red Cross announced on February 28 the details of the bank account that it had opened, in co-ordination with the government, to raise funds to assist humanitarian efforts in Ukraine.

To donate to the UNHCR’s efforts, please click here.

(Valentina from Kharkiv in northeastern Ukraine cradles her baby nephew Andrii in a reception centre in the Polish border town of Medyka. Photo: © UNHCR/Valerio Muscella) 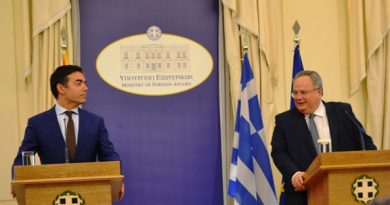