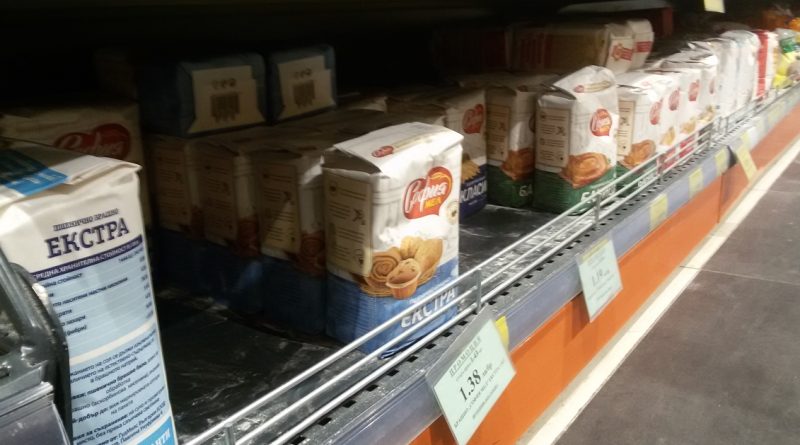 There is information that hysteria is to be stoked to trigger panic-buying of flour and sugar, in the same way as happened with fuel and sunflower oil, according to Bulgaria’s Deputy Prime Minister and Finance Minister Assen Vassilev.

“We see unjustified increases at certain retailers for a day or two, after which everything calms down, and this is synchronised with organised media coverage,” Vassilev told Bulgarian National Radio on March 13.

At the beginning of March, there was a brief flurry of panic-buying at fuel stations in Bulgaria.

The coalition government blamed this on the youth wing of former prime minister Boiko Borissov’s opposition GERB party, which it alleged had bought boosted posts on social networks to prompt the hysteria. GERB has denied the allegations.

March 12 saw uproar at branches of a retail chain in Bulgaria when it offered discounted sunflower oil, after days of a sharp increase in prices.

Vassilev said: “We have information that such actions are being prepared with regard to flour and sugar. This is media hysteria that is organised without any basis”.

He said that there were stocks of sunflower seeds to last four years.

Regarding GERB claims of intermediaries in the purchase of grain for the State Reserve, Vassilev said that there were no intermediaries.

“Grain is bought on the commodity exchange,” he said, describing this as the most transparent mechanism to purchase the grain.

“Currently, Bulgaria has twice as much grain as we need, up to 2023, to provide bread, flour and fodder”.

He said that imposing an export ban was not a good option for Bulgaria, given that the country has more grain than it needs and it is good to have exports.

“We are implementing a much softer solution – buying grain for the state. But if we see that food cannot be provided, maybe we will go in that direction as well,” Vassilev said.

Economy Minister Kornelia Ninova, speaking to Bulgarian National Television on March 13, said that Bulgaria was considering emergency measures because of speculation on key goods against the background of Russia’s war on Ukraine.

“At the last meeting of EU agriculture ministers, we warned that Bulgaria is ready to activate Article 36 of the EU treaty, which allows member states to suspend exports in major situations such as war and pandemic,” Ninova said.

She said that the state would try to protect the grain and sunflower oil markets, around which huge speculation had erupted in recent days.

(Two years ago, on March 13 2020, there was a short-lived spate of panic-buying of goods such as flour and sunflower oil when Bulgaria declared a State of Emergency because of the Covid-19 pandemic. Photo: Clive Leviev-Sawyer)