In separate announcements on March 4, the European Commission (EC) announced further humanitarian assistance to Ukraine and further steps shutting down co-operation with Russia.

The moves come against the background of Russia’s war on Ukraine ordered by Vladimir Putin.

As needs grow exponentially, further assistance will be deployed in Ukraine via the rescEU medical stockpiles based in Germany, Hungary and the Netherlands, the EC said.

As announced by EC President Ursula von der Leyen, the EC has established civil protection logistical hubs in Poland, with others being set up in Romania and Slovakia, to distribute required aid to Ukraine as quickly as possible, the statement said.

These hubs will help channel the assistance being delivered from 27 European countries via the EU’s Civil Protection Mechanism.

The EU is also contining to support neighbouring countries that have already received over one million displaced people from Ukraine.

Teams of EU civil protection experts are on their way to Moldova and Poland to assist the authorities.

Assistance from the Netherlands, France and Greece was delivered to Moldova on March 3 via the EU Civil Protection Mechanism, while Swedish, Danish, Finish and Croatian assistance is on the way.

Following the Russian invasion against Ukraine and in solidarity with the people of Ukraine, the EC has decided to suspend the co-operation with Russian entities in research, science and innovation, the Commission said.

The EC will not conclude any new contracts nor any new agreements with Russian organisations under the Horizon Europe programme.

The EC is suspending payments to Russian entities under existing contracts.

All ongoing projects, in which Russian research organisations are participating, are being reviewed – both under Horizon Europe and Horizon 2020, the previous EU programme for research and innovation.

Following the Russian military aggression against Ukraine and in line with the EC decision to fully implement all EU restrictive measures, the EC has suspended the co-operation with Russia and its ally Belarus in the European Neighbourhood Instrument cross-border cooperation programmes (ENI CBC) as well as in the Interreg Baltic Sea region programme, the EC said.

This means, among other things, that no further payments will be made to Russia or Belarus.

The suspension has immediate effect for the nine ENI CBC programmes involving Russia and Belarus and for the transnational programme Interreg Baltic Sea region under the programming period 2014-2020. 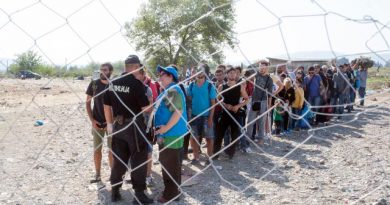