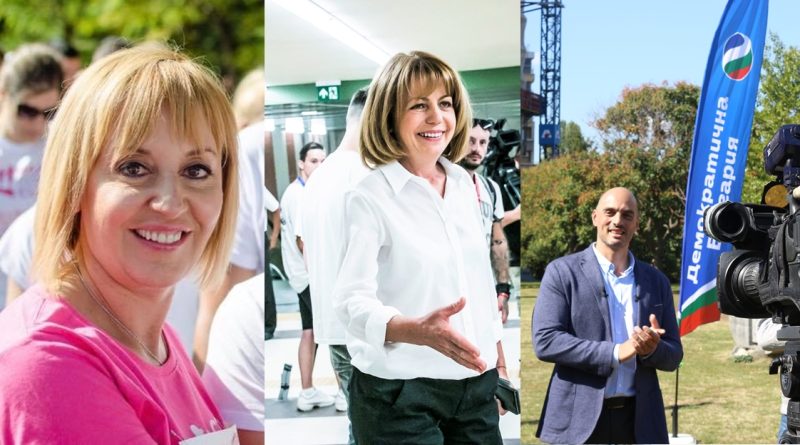 Official campaigning in the autumn 2019 mayoral elections in Sofia has begun, with 20 candidates vying to be first citizen of Bulgaria’s capital city.

Predictions are perilous, but the race is widely expected to come down to a contest between incumbent Sofia mayor Yordanka Fandukova, the candidate of Prime Minister Boiko Borissov’s GERB party, and former national Ombudsman Maya Manolova.

A key question is whether the Sofia mayoral election will be decided on October 27 or if a second round on November 3 will be necessary.

Officially opening her election campaign on September 29, Fandukova said that for her, the day marked the start of an open and honest competition about ideas, solutions and projects for the capital city.

These choices were important because two things were being decided, the first how Sofia would continue to change, “whether with the strength of experience and the lessons learnt, we will step forward on the sound basis of what has been done to increase the speed of change and development” and second, in what direction Sofia was going to develop.

“I know that now Sofia has a unique chance to take a big step in its development. We have worked so that in the next year or two, the city has a great opportunity to attract a strategic investor in high-tech production. That means accelerated economic development, good incomes and a high quality of life,” Fandukova said.

Manolova, speaking on September 28 at a campaign launch event, said: “The campaign does not start today, it started long ago with the pouring out of lies against me and anyone who is against the current government”.

Manolova, who is backed by the Bulgarian Socialist Party, socialist splinter ABC and some extra-parliamentary centre-right parties, said that many things had changed, the world was moving forward, but still remained the thirst of power, resulting in corruption, the crushing of human destinies, the suspension of national radio programmes and slinging dirt at opponents.

Sofia can no longer tolerate backstabbing, the city’s citizens no longer accept falsehoods, Manolova said, adding that she has not changed and does not intend to change. She said that everyone knew her work as an MP and as Ombudsman. She would go through the election period with a smile, a good mood, new ideas and dreams, Manolova said.

Among the other 18 candidates, Borislav Ignatov, of the reformist Democratic Bulgaria, said on September 29 that there would be no official campaign launch. “We have been campaigning for more than a month now and have dedicated it to meeting people and the real issues in the neighbourhoods.”

Ignatov, an architect, held a meeting with residents of the Lozenets residential area, discussing the controversial Zlaten Vek development and the problems that lobbyist laws cause, according to a media statement by Democratic Bulgaria.

He said that the main priority in the Democratic Bulgaria programme was financial decentralisation, which meant that between 10 and 20 per cent (from 20 to 40 million leva) of income from property tax and motor vehicle tax would be unconditionally distributed to the districts on the basis of of receipts from each district.