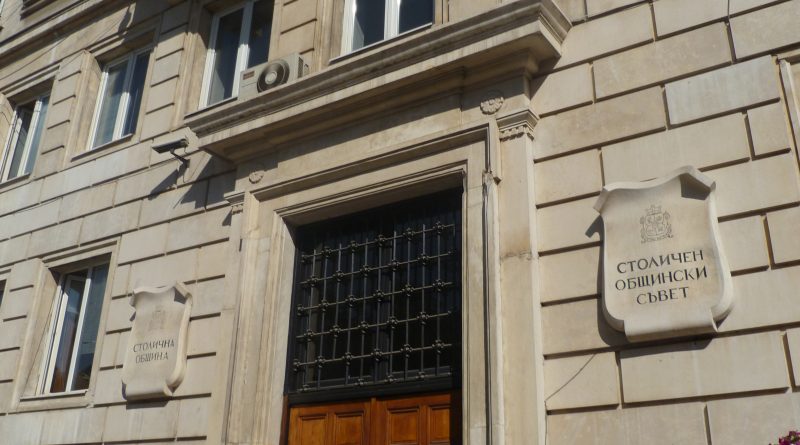 The official campaign period in Bulgaria’s 2019 municipal elections begins on September 27, but in capital city Sofia, the race already has begun.

The current count of mayoral candidates is 10, and conventional wisdom is that the election is likely to go to a second round on November 3, between incumbent Sofia mayor Yordanka Fandukova and former national Ombudsman Maya Manolova.

Fandukova is the candidate of Prime Minister Boiko Borissov’s GERB party, of which she is a deputy leader, while Manolova, a Bulgarian Socialist Party MP before becoming Ombudsman, has been nominated as an independent by an “initiative committee”.

Fandukova is facing her most serious challenge yet. She had a smooth ride into office when she succeeded Borissov as Sofia mayor in 2009, and comfortably won re-election in 2011 and 2015. In that most recent election, she won a first-round victory, with 60.17 per cent of the vote.

Fandukova is standing both on her track record as mayor (which in turn holds perils as well as advantages) while promising both continuity and some personnel changes at the top of the running of the municipality, which is not only Bulgaria’s wealthiest but also ranks among the country’s largest employers, to say nothing of its power to award lucrative public procurements.

Manolova, a seasoned campaigner who was a major figure in the BSP – she was the National Assembly’s Deputy Speaker in 2013/14, though her ambitions for party leadership so far have been thwarted and she had to give up hopes of being the BSP’s presidential candidate in 2016, has largely remoulded the unpopular image she had at the time of the “Oresharski” administration by using the office of Ombudsman to build national popularity.

While Fandukova is the official GERB candidate, Borissov also has let it be known that he has generally worked well with Manolova. If indeed the Sofia mayoral race goes to a second round, whoever wins – if the contest is between Fandukova and Manolova – Borissov likely wins too, whether nominally his party does or not.

The rest of the field of Sofia mayoral candidates is a mixture of figures, some of whom should not be immediately written off, while others are hardly making their first run at the tilts. Inevitably, some will get more (unpaid) attention than others.

Fandukova, as noted, has the benefit of incumbency, so her public appearances inspecting projects may somewhat have resembled early campaign events. She confirmed her candidacy for a further term while inspecting a part of the metro underground railway project extension, a symbolic move given that the EU-backed metro extensions rank as arguably one of the greatest successes in the capital city in recent times.

Manolova has the benefit of being a nationally well-known figure and her every word and deed have been reported by the Bulgarian-language media, at length and customarily uncritically. This profile-building has been a head start for her.

Fandukova, however, faces challenges from candidates with whom centre-right voters might identify and whom they might back for the sake of seeking a change from the running of the city, and for that matter, from GERB.

Fandukova’s vulnerabilities come into play here. A number of high-profile public space renovation projects in the city have ended in controversy, to say nothing of indignation and ridicule on social networks. Her opponents will have no difficulty laying these at the door of the current mayor.

Among the online leaders in criticising renovation projects, as well as the maintenance of urban infrastructure such as pavements and roads, has been Spasi Sofia (“Save Sofia”). The organisation’s photographs and comments about everything from potholes to trams to the Graf Ignatiev Street makeover have been widely-shared on social networks, giving it – and now its mayoral candidate, Boris Bonev, something of a profile and a place as a perceived alternative to the way the city has been run.

The reformist Democratic Bulgaria is fishing in a similar pond, also as an alternative to GERB among centrist and right-wing voters, and has nominated an architect, Boris Ignatov, as its candidate for Sofia mayor. Democratic Bulgaria, the latest incarnation of a pedigree that includes the Blue Coalition, Reformist Block and Yes Bulgaria, did not do badly in the May European Parliament vote.

Clearly, some quarters wanted Ignatov out of the way, given the very dirty trick of making public explicit photographs of an individual close to him, though such was the widespread outrage at that reprehensible stunt that the trick may not have worked.

Voters affiliated to the ultra-nationalist, far-right spectrum will have a choice of three Sofia mayoral candidates, each from one of the frayed strands of the United Patriots coalition, an entity regarding which the word “united” has long become something of a misnomer.

Angel Dzhambazki, nominated by his VMRO party, is standing for Sofia mayor just a few months after winning a return to his seat in the European Parliament. A former Sofia city councillor, from 2007 to 2014, he sat first for GERB and later for the VMRO. Dzhambazki is among those having another try at winning the mayor’s seat; he was in 2015 the candidate of the Patriotic Front, a forerunner of the United Patriots.

Volen Siderov, leader of the Ataka party, has been nominated by an initiative committee. This is also not the first time that Siderov has been a candidate Sofia mayor. He had a go in 2003, as the nominee of an insignificant agrarian party, and won all of 0.45 per cent of the vote. Given the continuing downturn in Ataka’s fortunes in recent years, it remains to be seen what fraction autumn 2019 will hold for Siderov.

Valeri Simeonov’s National Front for the Salvation of Bulgaria, which ordinarily has its stronghold in Bourgas, has nominated Stefan Ivanov as its Sofia mayoral candidate. That may be mentioned for the record, in the current field of 10 candidates, because it is improbable he will be heard of again, at least until pundits look up on election night who won the distinction of getting the fewest votes.

On the left, Georgi Kadiev, formerly of the BSP and who now has his own political party, is another of those returning to the race. From 2007 to 2013 a BSP city councillor, he was that party’s mayoral candidate in 2009, losing to GERB’s Fandukova who got more than two-thirds of the vote at the second round. (That year, Kadiev described himself as an economist while Fandukova was “just” a teacher; that may have lost him the electorate of professional educators.)

Kadiev has some name recognition, as certainly does Toncho Tokmakchiev, a well-known actor, who is standing as an independent. Lacking in the name recognition stakes is Plamen Hristov, of Volya, which currently is the smallest party in the National Assembly and which according to opinion polls would have no chance whatsoever of re-election should parliamentary elections be held now.

At least autumn 2019 will see arguably the most interesting mayoral elections in Sofia for several years. The subject of who will win has a fascination of its own, as does – albeit for aficionados with a sense of humour and taste for election night trivia – who will come stone bottom.