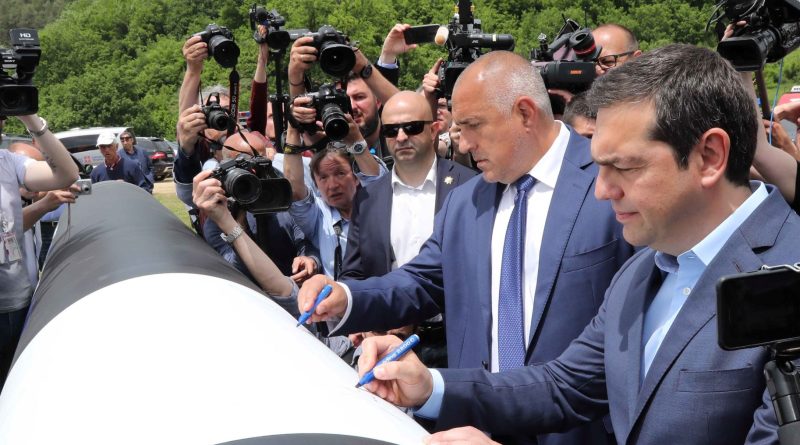 Bulgarian Prime Minister Boiko Borissov and his Greek counterpart Alexis Tsipras attended the ceremony to mark the start of construction on the Bulgaria-Greece natural gas inter-connector pipeline on May 22, a decade after the two countries signed a memorandum of understanding to link up their gas grids.

The project has been repeatedly delayed despite securing EU financing early on, with an investment decision agreement signed in December 2015, more than a year after the initial target for the pipeline’s start of operation.

This has left the project company ICBG with a very tight deadline to complete the construction works, given that the pipeline has to become operational before the end of 2020, when Bulgaria is due to begin deliveries of Azeri gas from the Shah Deniz 2 development.

Earlier this month, ICBG picked Greek company J&P Avax to build the 183km pipeline for 144.85 million euro, with another Greek firm, Corinth Pipeworks Industry S.A., chosen to supply the pipes for the pipeline at a cost of 58.23 million euro. The total cost of the project, according to estimates by Bulgaria’s Energy Ministry, is 220 million euro.

Also on May 22, Bulgaria’s Cabinet approved the draft intergovernmental agreement meant to settle taxation and other legal issues on the project, which is subject to approval by the Bulgarian and Greek parliaments.

At the first-sod ceremony, Borissov described the inter-connector as a “promise kept” to diversify natural gas deliveries, which would give all of South-Eastern Europe access to new sources of gas, including liquefied natural gas from the US.

US ambassador to Bulgaria Eric Rubin echoed the sentiment, saying that the pipeline carried “the promise of energy diversification and greater energy security not only for Bulgaria but also for the region.”

“Energy security is a critical part of national security, as well as a prerequisite for reliable and sustainable economic growth; we hope to see fast continued progress of this interconnector,” Rubin said in a statement.

Tsipras too, emphasised the importance of the inter-connector, which he described as a “project that strengthens the geopolitical role of Greece and Bulgaria.”

(Borissov and Tsipras at the May 22 2019 ceremony to mark the start of construction on the Bulgaria-Greece gas inter-connector. Photo: government.bg)