Bulgaria’s Central Election Commission (CEC) has picked a winner in the tender for the hire of 3000 voting machines for the country’s May 26 European Parliament elections.

Three bidders submitted offers before the deadline, but CEC said that two were disqualified – one on the grounds that its bid was higher than the 7.5 million leva (about 3.8 million euro) cost ceiling set by CEC, the other because its offer did not meet the technical specifications set by the watchdog.

The winner, Ciela Norma, said that it was prepared to meet all the deadlines even though it faced a slew of issues. A company official told public broadcaster Bulgarian National Television (BNT) that some voting machines were yet to be manufactured and shipped to Bulgaria and the software was not ready, given that CEC was yet to finalise its requirements on the printouts produced by the voting machines.

Under the terms of CEC’s tender, the machines have to be delivered by May 10, with software installation due to be completed by May 15, followed by 10 days for certification and audits. The voting machines would be then shipped to voting precincts on May 25.

Given the tight deadlines, any court appeal against the CEC tender decision would further shrink the time period available to carry out all preparatory work, but BNT quoted CEC spokesperson Alexander Andreev saying that the watchdog was confident that there were no grounds for such an appeal.

CEC has also carried out tests using a smaller number of voting machines in previous elections, with Ciela Norma providing the equipment on those occasions as well, according to media reports.

The election watchdog did not give details about the voting machines to be provided by Ciela Norma, but news website Mediapool reported that the company previously supplied machines manufactured by Venezuelan-owned Smartmatic, quoting an earlier analysis report requested by CEC. 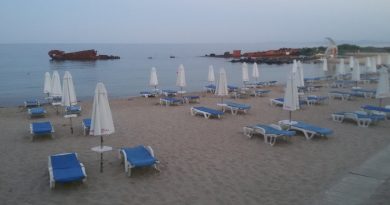