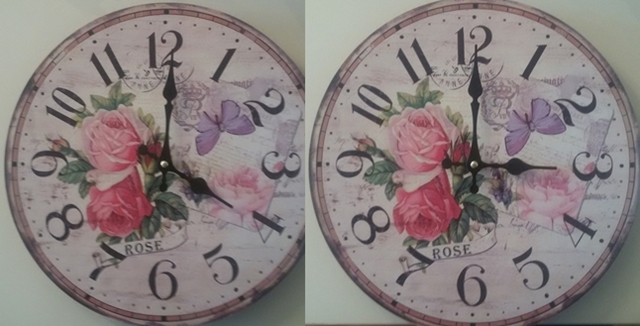 A number of events are scheduled for Bulgaria in 2019; well, some are scheduled, others are – to riff on Rumsfeld – the unknown unknowns.

Lacking a crystal ball, for reasons of the paucity of the editorial budget, The Sofia Globe may highlight some of the known knowns of 2019. In no particular order, here they are.

First, like all the other – by then 27 – EU member states, Bulgaria will hold elections for the European Parliament, most likely on May 26. Why May 26? Because that is within the timeframe for European elections, and because Bulgaria customarily holds elections on a Sunday.

What to watch out for? The same thing as throughout the rest of the European Union. To whit, the performance of the populist, nationalist parties. In the particular case of Bulgaria, unlike – say in Hungary, Poland and a few others – the nationalist, populist, far-right parties are pretty much an awkward squad, engaged largely in tugging each other’s hair and an undignified squabbling over their collective electorate.

In the election, Prime Minister Boiko Borissov’s GERB party will be carrying the flag for the EU-wide centre-right European People’s Party – which, as noted, will be under threat across the bloc from the discordant euroskeptics, xenophobes and ultra-nationalists – while Kornelia Ninova’s Bulgarian Socialist Party will be the banner-bearers for the Party of European Socialists. In the latter case, watch for an underwhelming performance of Ninova’s party and the alliance of which it is part. Others, elsewhere, have predicted a European Parliament that is less likely to produce a German-style grand coalition than an uncomfortable and time-consuming effort at functional decision-making on the more recent lines of, say, Belgium or Sweden.

Second, fast-forward to autumn. In Bulgaria, there will be elections for mayors and municipal councillors. At this remove, an outcome is too early to call. Borissov’s GERB will seek a decisive supremacy, while Ninova will be in the last-chance saloon seeking to elbow her way to electoral credibility. If she fails in this latter task, book your seats for the next election of a leader of the BSP.

In the municipal elections, count most of the major cities as battlegrounds. In capital city Sofia, if incumbent Yordandka Fandukova leads as GERB’s candidate to hold her mayoral seat, expect everything that has been hurled against her administration in the controversial renovations of streets and public squares. If you do not know what that is about, you do not spend much time on Facebook in its Bulgarian-language version. In Bulgaria’s second city, Plovdiv, expect current mayor Ivan Totev to face slings and arrows on the handling of that city’s exalted status as European Capital of Culture 2019. If all is the harmony of the triumph of culture and the seven (count them) arts, Totev may have an easier ride than in the two previous elections in which he scrabbled by his fingernails to sit in the chair of the first citizen. If not, journalists, committed observers and residents of Plovdiv will be spending a late autumn night waiting in the count of a second-round vote. You read it here first.

As above: The European Capital of Culture Plovdiv 2019. Local media, at this writing, have focussed much on the traffic disruptions attendant on the opening. Those who have carefully scrutinised the programme recognise much of events that have happened for years in that city anyway, long before its exalted status. Will it pass with gaffes, or – much like the Bulgarian EU Presidency of the first half of 2018 – with a credible if not especially scintillating report card? Will it put Plovdiv on the map (though it has been there for 7000 years) or just a place where sympathetic puff pieces on international media extol the virtues of kicking back in Kapana? You be the judge.

To add to this list of trends in Bulgaria to watch in 2019. The country, per a Cabinet decision, will celebrate 15 years of membership of Nato. In that time, it will make decisions – in the cloister of the Cabinet room and the hothouse of the National Assembly – about spending 1.5 billion leva or more on new fighter jets. Currently out of the gate and soaring are the US-made F-16s, in the name of geopolitics, as seen from the office of Borissov. Cue dissent, roaring rhetoric, and a lathering of butter not guns. Cue the arithmetic of geopolitics. Cue the quiet arithmetic of keeping those ageing Soviet-made fighter jets flying until all of this is resolved, and cue the carping of those who will question the final bill of paying for the F-16s and keeping them flying. The sky is the limit. We shall meet up there, where the oxygen is rarified. Bulgaria has been a Nato member since 2004; and since then, there has been no finality. Strap in for turbulence.

And to watch out for: Bulgaria’s steps towards accession to the euro. The merits of that decision aside, await the results of the stress tests of the Bulgarian banks chosen for scrutiny as part of this process. Central Bulgarian National Bank has assured us, in its most recent report available online, that the Bulgarian banking system is stable. By current law, the BNB is the ultimate authority on that matter, and who are we to doubt such an ultimate authority? In 2019, we await the results of the stress tests with the utmost confidence, as we do the steady onward plod towards Bulgaria’s accession to the euro.

There is Brexit too. Will the close of March precipitate a grand excursion, in reverse, of Bulgarians whose EU right to freedom of movement and labour now is denied them? What will happen with Brexit? Does anyone know? (Spoiler alert: No one does. Including the crude-knuckled British press that clumsily advocated for it).

To return to autumn, as the seasons dictate that we must. It seems that the practice of twice-yearly changes, to summer time and winter time, may be coming to an end. Will Bulgaria choose summer time or winter time? We shall meet at this time and place, on the final weekend of October 2019, and know the answer. We cannot know now, for no decision has yet been made. As with the results of the two scheduled (yes, we said scheduled) elections in Bulgaria in 2019, and other developments, among – Rumsfeld again – the unknown unknowns; we cannot know. 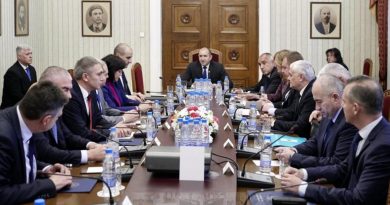