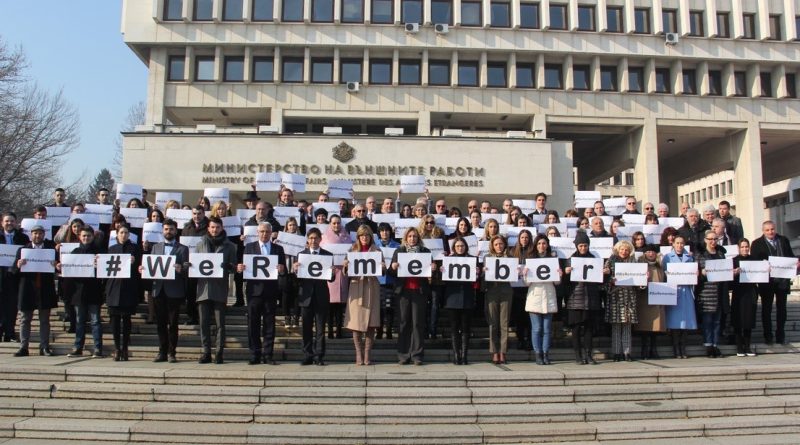 Congratulations from several quarters have been extended to Bulgaria on its accession as a full member of the International Holocaust Remembrance Alliance (IHRA), which unites governments and experts to strengthen, advance and promote Holocaust education, remembrance and research world-wide.

Bulgaria became an IHRA observer country in December 2012, progressing to liaison country status in June 2017, three months after the government decided that the country should apply for full membership.

Achievement of full membership of IHRA is no small matter, with the organisation requiring genuine effort and commitment, not mere lip service. With Israel having given solid guidance as its mentor and through the efforts of a dedicated interdepartmental working group of diplomats, officials and leaders of the Bulgarian Jewish community, Bulgaria was granted full membership of IHRA at a plenary meeting in Ferrara in November 2018.

The Bulgarian delegation to the IHRA, headed by Ambassador Plamen Bonchev, had the moving experience of seeing the country’s flag formally placed among those of the full members, the alliance’s 32nd. 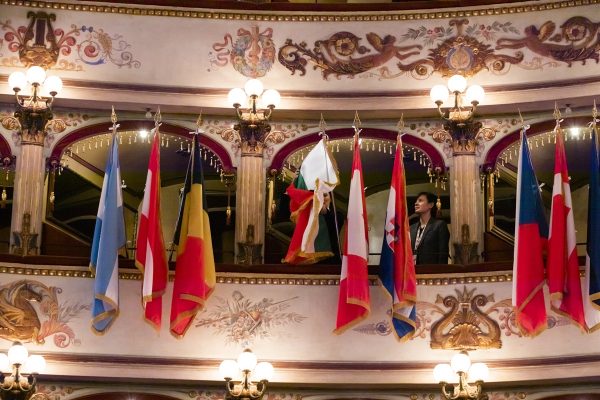 At the Ferrara plenary meeting of the IHRA, Bulgaria’s flag is placed among those of the full members. Photo (c) Marco Caselli Nirmal

Accession as a full member comes in the year that Bulgaria commemorates the 75th anniversary of the rescue of the Bulgarian Jews from being mass-murdered in the Nazi death camps of the Holocaust, as well as the deportation of 11 343 Jews from territories in northern Greece and the former Yugoslavia – then under the administration of Bulgaria, at the time a member of Hitler’s Axis – who were murdered at Treblinka.

Singer said that IHRA identifies the most pressing post-Holocaust issues across the globe, casting a spotlight on them for the benefit of experts and policymakers, and promotes practicable actions to address them.

“The devotion of the government of Bulgaria to this important topic will strongly contribute to the mission of the IHRA organisation to counter Holocaust distortion and address contemporary antisemitism,” he told Zaharieva in the letter.

“Together, we are committed to preserving Holocaust legacy and fighting antisemitism anywhere and everywhere, and the World Jewish Congress stands ready to further assist in any way possible to protect and secure our Jewish community,” he said.

In a comment to The Sofia Globe about the November decision in Ferrara, IHRA chairperson Ambassador Sandro De Bernardin said: “I was pleased to see Bulgaria assume their place among countries dedicated to upholding the commitments of the Stockholm Declaration and working together to safeguard the historical record.

“I witnessed the process leading to the full Bulgarian membership from the very beginning. I was impressed by the energetic commitment of all relevant Bulgarian institutions.

“I was also pleased by the degree of constructive co-operation established with neighbouring countries and other International partners to achieve this goal: this was an excellent example of good-faith work to recover and safeguard historical truth.”

He said that becoming a full member was just a starting point “and we look forward to supporting and learning from Bulgaria as they work to ensure accurate and appropriate Holocaust education, research and remembrance in their country”.

“This allows Bulgaria to fully engage in efforts to advance programmes in Holocaust education and remembrance at home, and to co-ordinate with others in sharing best practices.

“Even before achieving full membership, Bulgaria adopted IHRA’s working definition of anti-Semitism, which is essential to combating the dramatic rise in anti-Semitism in Europe,” he said.

Associate Professor Alexander Oscar, president of the Organization of the Jews in Bulgaria “Shalom” expressed his congratulations on the hard work that had produced a result that was fully deserved.

He expressed his delight that “Shalom” was part of the working group on the accession of Bulgaria.

The granting of full membership of IHRA to Bulgaria was an occasion for pride on a truly great achievement for Bulgarian diplomacy, Dr Oscar said. 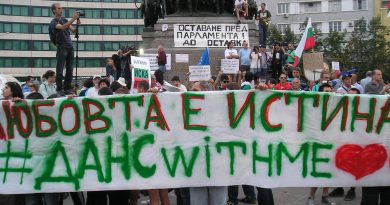