The agency said that Bulgaria’s monetary conditions continued to improve, with credit conditions supporting growth, and noted that the country was making “steadfast progress” towards entering the Exchange Rate Mechanism II (ERM2), a key step before adopting the euro.

“We anticipate robust growth in 2018-2021 on the back of strong private consumption and accelerating investments. We also expect continued absorption of EU funding and tightening labor market conditions to support productivity over time,” S&P said in a statement.

“The ratings on Bulgaria reflect its very low government indebtedness and sound fiscal policies, as well as a track record of external deleveraging. The ratings also take into account remaining institutional impediments and Bulgaria’s low GDP per capita relative to other EU member states,” the agency said.

As regards the positive outlook for the rating, S&P said that it reflected “the considerable likelihood that Bulgaria will join the Exchange Rate Mechanism II over the next 12-18 months. We believe its aspiration toward eurozone membership would also support the country’s continued effort to address remaining institutional impediments and structural issues.”

Entry into ERM2 was one of the factors that could prompt S&P to raise Bulgaria’s ratings because it would “further support the credibility and effectiveness of monetary policy.”

Additional progress on institutional and structural reforms, such as in Bulgaria’s judiciary, could also facilitate improving creditworthiness, according to the agency.

On the downside, S&P said it could revise the outlook to stable if the improvements in banks’ balance sheets reversed or if pressures on Bulgaria’s balance of payments emerged, either from “rebuilding of imbalances” or an external shock to Bulgaria’s open economy.

“We could also revise the outlook to stable if Bulgaria’s path toward euro adoption were derailed for a protracted period,” S&P said. 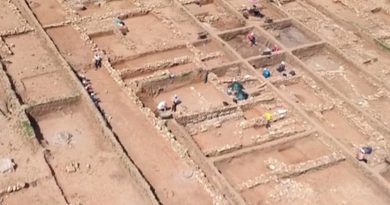