Bulgaria Air has suspended its flights between Sofia and Odessa until December 16 inclusive because of the martial law declared in parts of Ukraine and the recommendations of Bulgaria’s Foreign Ministry, the airline said.

Whether flights would resume after December 16 would depend on “the normalisation of the situation,” the December 1 statement said. It said that the suspension of flights had been decided on because of passenger safety concerns.

On November 26, Ukraine’s parliament approved a resolution proposed by President Petro Poroshenko to impose martial law in a number of districts in the wake of an attack on and seizure of Ukrainian Navy vessels by the Russian coast guard in the neutral waters of the Azov Sea the previous day.

Western leaders have condemned Russia’s actions, while Russian President Vladimir Putin has accused Poroshenko of staging a “provocation” to boost his ratings, the BBC said.

On November 30, Bulgria’s Foreign Ministry, which earlier had effectively warned Bulgarians against travel to Ukraine, issued a notice that crossing at the Crimea border was barred to foreign citizens under the martial law regulations. 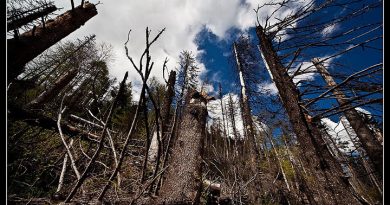 Volunteers join in to fight forest fire on Mount Vitosha