Bulgaria’s Ministry of Defence has rejected as inaccurate reports that it has called off a contract with a firm in Belarus to overhaul the Bulgarian Air Force’s ageing Soviet-made Su-25 fighter-bombers.

The deal already has been controversial because of media reports alleging that the overhaul would cost 133 million euro, and that ministry was using procedural “tricks” to avoid the legislative requirement to seek parliamentary approval for this level of spending. The ministry also denied those reports.

The ministry said on November 5 that it had not cancelled the contract, but had in a decision made on November 2 instructed the committee negotiating with the 558 Aviation Repair Plant in Belarus to seek price changes.

The statement said that the estimated price of the overhaul, 82.5 million leva without VAT, could be changed only by a decision by the Cabinet.

The Defence Ministry said that it would post on its website regular updates on progress in negotations with the firm in Belarus.

The Sukhoi Su-25 went into production in the Soviet Union in 1978, designed to be used as air support for ground forces. The Bulgarian Air Force has 14, the subject of the tender for the overhaul.

The ministry approached two firms about the tender, one in Russia and the other in Belarus, but only the one in Belarus put in a bid. 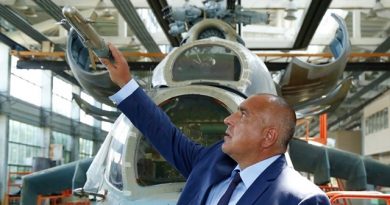