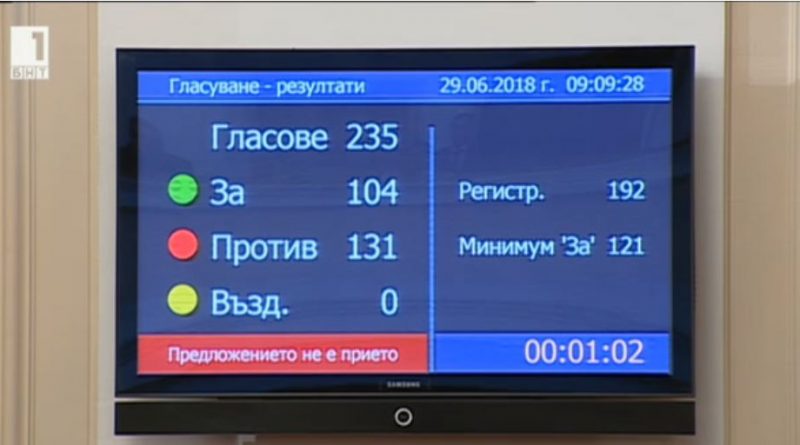 The motion of no confidence against Prime Minister Boiko Borissov’s cabinet, tabled by the opposition socialists on the topic of the government’s alleged failures in the security sector, was defeated in a vote on June 29.

As during the vote on the previous motion of no confidence, in January, Borissov was once again not in attendance, as he was in Brussels for the summit of the EU heads of government. In his absence, the motion was defeated by 131 votes opposed, 104 in favour and no abstentions.

In addition to Borissov’s GERB and the junior partners in the ruling coalition, the nationalist United Patriots group, the government was also backed by Volya, the smallest party in the current National Assembly. The votes in favour of the motion came entirely from the socialists and the predominantly ethnic Turk Movement for Rights and Freedoms.

After the vote, the traditional speeches devolved into mutual recriminations, with the socialists insisting on Borissov’s attendance, while the MPs from the ruling coalition derided the opposition’s arguments in support of their motion as unfounded.