Just 37.1 per cent of Bulgarians polled by Alpha Research said that they expected the current political situation to lead to early elections.

At the same time, 61.6 per cent said that the situation would not result in early parliamentary elections, according to the poll, commissioned for public broadcaster Bulgarian National Television’s weekly Referendum programme.

However, a majority, 64.8 per cent, saw the political situation in Bulgaria as negative while for 33.5 per cent, it was positive.

A few days before Bulgaria’s National Assembly begins its summer recess on July 27, for most of those polled, the most positive event was the submission of an application for admission to the “waiting room” for the euro zone.

Other events seen by respondents as significant included the protests on social issues, developments in cases of high public interest, the tensions between majority ruling party GERB and the opposition Bulgarian Socialist Party, and the clashes between the leaders of the United Patriots, the minority partner in government.

The most negative event for the government was the ovine rinderpest outbreak. About 85.7 per cent saw the crisis as reflecting badly on the government.

The ovine rinderpest plaque has resulted in a government decision to kill more than 4000 sheep and goats. This has caused national controversy, though the step was defended by the European Commission as in line with EU rules, and also has been seized on by the opposition BSP as a stick with which to beat the government. However, the conduct of BSP leader Kornelia Ninova over the issue also has been controversial, including allegations by GERB about her role in stoking up discontent and questioning her behaviour in quarantined areas.

(Photo, of the National Assembly in Sofia: Clive Leviev-Sawyer) 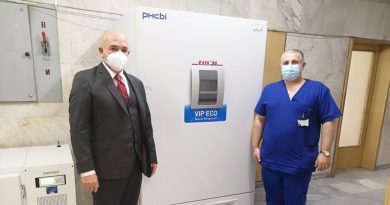 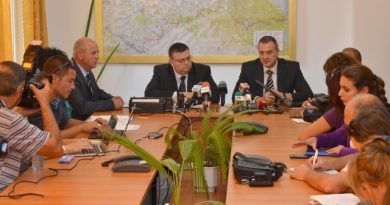