Bulgaria’s Budget deficit was expected to exceed the official target of 1.8 per cent of gross domestic product (GDP), with the caretaker cabinet making every effort to keep it below the three per cent threshold that would trigger EU’s excessive deficit procedure, Finance Minister Roumen Porozhanov said on August 20.

The main reasons for the higher deficit this year were the weaker collection of Budget revenue, the faster growth of government spending and temporary freeze on payments of EU funds under the operational programmes for environment and regional development. The overly optimistic revenue targets and “underestimated impact of the worsened economic environment” put further pressure on the Budget, the Finance Ministry said.

“This additional spending is equivalent to the [Budget] deficit we are seeing, as the higher spending has not been offset by higher revenues,” he said.

Porozhanov said that a Budget revision was inevitable, given the failure to meet the targets set in the Budget Act, which would include a “more realistic revenue forecast” and a changed deficit target, as well as raising the borrowing ceiling for 2014 to raise funds to cover the increased deficit and payments on projects funded under EU operational programmes.

The Finance Ministry would draft the revision bill by mid-September, which would be then submitted to the National Assembly that takes office after the October 5 snap elections in the country.

Bulgaria is currently without a parliament, as the 42nd National Assembly was dissolved earlier this month to pave the way for early elections. In its final days, the previous legislature rejected a Budget revision bill submitted by the Oresharski cabinet in July.

Porozhanov said that the caretaker government making efforts to improve revenue collection by both the National Revenue Agency and the Customs Agency, which included the recent sacking of the customs agency director.

The Finance Ministry said it would also prioritise payments to projects with frozen EU funding – to prevent the loss of EU funding if the European Commission decides to lift the current ban. 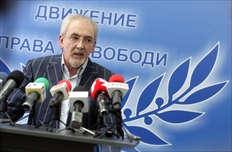 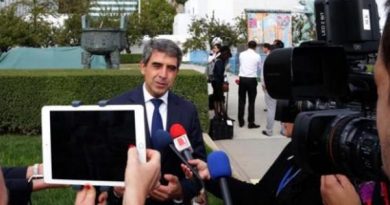