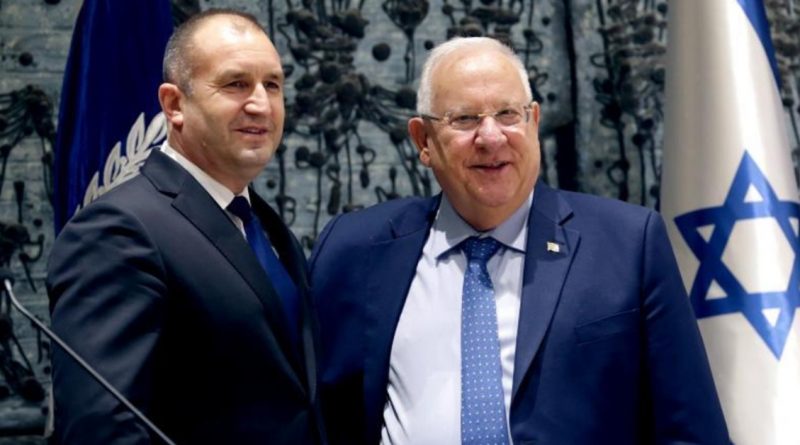 As a leading country in high-tech, it is in the interests of the State of Israel to invest in the potential of Bulgaria, which is becoming a centre for information technology and research in South Eastern Europe, President Roumen Radev told his counterpart Reuven Rivlin in Jerusalem on March 20.

Radev is in Israel on a visit that will include participation in the Sixth Global Forum for Combating Anti-Semitism, in a year that sees celebrations of the 70th anniversary of the State of Israel, as well as commemorations of the 1943 rescue of the Bulgarian Jews from the Holocaust and the deportation of more than 11 000 Jews from Bulgarian-administered territory in northern Greece and Yugoslavia, who were murdered at Treblinka.

Radev said that thanks to the successive efforts of several generations, Israel now had effective institutions and democracy and a developed civil society. The Bulgarian Jews who had moved there had contributed to these successes, he said.

Bulgaria was ready to take steps to further expand investment and scientific exchange and to encourage mutual trade and investment, Radev said. This was why the President’s delegation included, besides MPs, representatives of leading companies from various sectors, including banking, trade and tourism, he said.

“The friendship between our peoples was proved most definitely in the difficult years of the Second World War,” Radev said.

“Thus, we have recorded one of the brightest pages not only in ours but also in European history,” Radev said.

A statement by the Bulgarian President’s office quoted Radev as saying that Bulgaria “shared the grief of Israel about Jews from Aegean Thrace and Vardar Macedonia, who were not Bulgarian citizens and whom Bulgaria was unable to save”.

Rivlin said that the Jewish people will never forget the bold act of the Bulgarian people – the rescue of Bulgarian Jews 75 years ago. He said that one of the great challenges being faced is the fight against hatred and terrorism and he pointed to the responsibility to pass on the values ​​of tolerance and democracy to younger generations.

On March 19, Deputy Foreign Minister Georg Georgiev spoke with the President of the World Jewish Congress, Ronald S Lauder. Georgiev, who in 2017 was appointed Bulgaria’s National Co-ordinator for Combating Anti-Semitism, is visiting Israel for the Sixth Global Anti-Semitism Forum.

Georgiev said that Bulgaria was one of the first countries to have adopted the International Holocaust Remembrance Alliance’s working definition of anti-Semitism and to appoint a national co-ordinator against against anti-Semitism.

“I can assure you that Bulgaria and the Bulgarian institutions are dedicated to the fight against hate speech, intolerance and discrimination,” Georgiev told Lauder, according to a statement by the Bulgarian Foreign Ministry.

Georgiev said that he was delighted that Lauder had attended the ceremony marking the 75th anniversary of the rescue of the Bulgarian Jews, which took place in the Central Sofia Synagogue on March 10.

Lauder congratulated the Bulgarian government and especially Prime Minister Boiko Borissov for his actions, which establish Bulgaria as a far-sighted, bold and responsible state that is a guarantor of security and stability throughout the region.

“The international Jewish community strongly appreciates the efforts of the Bulgarian government to combat anti-Semitism and the language of hatred. An exclusive act of solidarity was the visit of the Prime Minister to Skopje,” Lauder said.

Earlier on March 19, Georgiev took part in a special mission of the World Jewish Congress dedicated to the 70th anniversary of the country where Robert Singer, executive vice president of the organization, cited Bulgaria as an excellent example of successful co-operation between the government and the local Jewish community in the name of fighting anti-Semitism.

Ahead of the start of the Sixth Global Forum for Combating Anti-Semitism, the representatives of the Bulgarian Jewish community, Dr Oscar and Ms Cohen, accompanied by Georgiev and Bonchev, held a working meeting with Richelle Budd Caplan, director for Europe at the International School for the Study of the Holocaust at Yad Vashem. 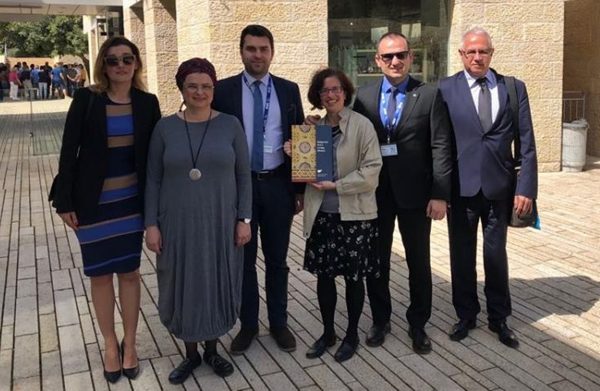 The Sixth Global Forum for Combating Anti-Semitism was addressed by Nikolai Mladenov, UN Special Co-ordinator for the Middle East Peace Process and a former foreign minister of Bulgaria, who in his speech said that denying Israel’s right to exist was anti-Semitism at its worst.

Eurostat: Unemployment in Bulgaria in September 2021 was 5.5%