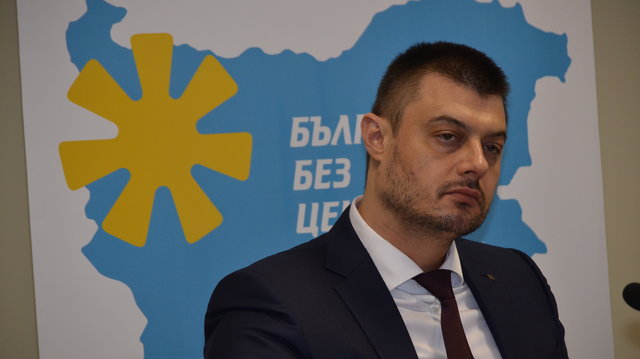 Four MPs for the Bulgaria Without Censorship (BWC) party said on December 29 that they were quitting as party members but would remain part of the ‘Bulgarian Democratic Centre’ parliamentary group, citing disagreements with BWC leader Nikolai Barekov as the reason for their departure.

In a statement, the MPs thanked Barekov for his efforts over the past year to create and promote BWC, but said that they could not meet their commitments to voters by remaining members of the party. “Nikolai Barekov presents his own, frequently changing, opinion as our position. We believe that the personal battles, the sudden changes in the mood and views of Mr Barekov prevent us from being truly helpful to our electors, because it does not allow us to draft joint position and breaches the rules of the parliamentary group,” the group said.

They also accused Barekov of putting pressure on the BWC MPs, without taking into account the “interests of partners” in the coalition formed around BWC.

In reply, Barekov accused the four MPs – Stefan Kenov, Georgi Kovachev, Borislav Iglev and Hristo Todorov – of having a “dirty political conscience”. He appeared to blame the government for the defections, saying that the “oligarchy, mafia and the government coalition have a parliamentary group full of dependencies and biblical greed.”

Barekov, the former talk show host around whom the populist BWC party was formed and who once described himself as future prime minister and president of the country, said last week that he resigned as chairman of the coalition formed ahead of the snap parliamentary elections in October.

He said that the defection “once again confirms my position as the leader of the only opposition party, namely to withdraw my support from those MPs who decided to gather crumbs instead of working in the name of their people.”

Barekov’s party had produced a moderate surprise at the European Parliament elections in May, winning two MEP seats following a lavish campaign and benefitting from low turnout, but its fortunes have been in decline since then.

His main coalition partner for the EP election, nationalist VMRO, left Barekov – and its MEP – to go in with Valeri Simeonov’s National Front for the Salvation of Bulgaria to form the Patriotic Front, which won more votes in the October snap elections than the BWC coalition and then made a deal with Boiko Borissov’s GERB to support the centre-right coalition cabinet.

A particular debacle for BWC was one of its MPs announcing even before the 43rd National Assembly had held its first sitting that she would not sit as part of the BWC group but as an independent. Barekov himself elected to remain an MEP.

Another blow came earlier this month, when fellow former talk show host Rossen Petrov – who months ago caused mild astonishment by resigning from his talk show, live on air, while interviewing Barekov, to announce he was joining BWC – quit the party but said that he would remain part of the ‘Bulgarian Democratic Centre’ parliamentary group.

In accepting Petrov’s membership, Barekov said that Petrov would be his interior minister, a plan that failed to come to pass as BWC fell vastly short of coming anywhere close to the cabinet building. Petrov’s departure, however, appeared to be amicable and no recriminations were made, unlike with the departure of the four MPs on December 29.