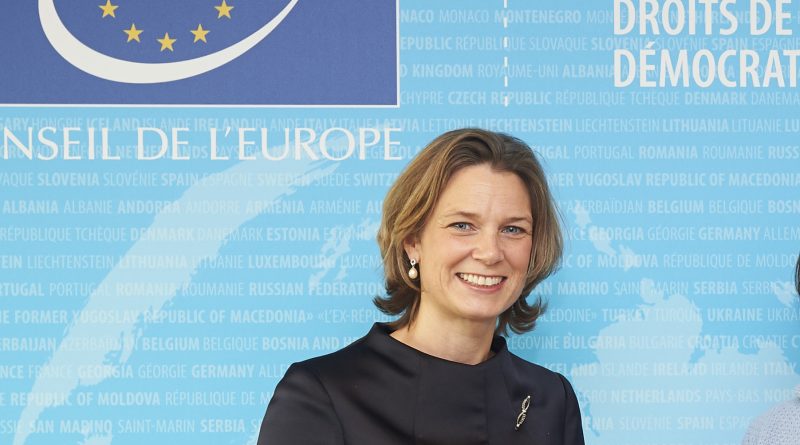 In the half a year since a code of conduct against anti-Semitic posts online was agreed with major internet and social network companies, there has been an improvement in dealing with responses to complaints from organisations but none when it comes to responding to individuals flagging such comments, Katharina von Schnurbein, the European Co-ordinator against Anti-Semitism, said on March 10.

Von Schnurbein was speaking at an event organised by the Shalom Organisation of the Jews in Bulgaria, on the day that Bulgaria marks the anniversary of the country’s 1943 prevention of the deportation of Bulgarian Jews to Nazi Holocaust death camps. On March 10, the commemorative ceremonies also mourn the more than 11 000 Jews from northern Greece and Yugoslavia who did not have Bulgarian citizenship and were murdered by the Nazis.

Noting that there was a worrying trend of increasing hate speech on the internet, Von Schnurbein issued a reminder that there is legislation at EU level against hate speech leading to violence.

The companies who had agreed in May 2016 with the EU on a code of conduct against online hate speech had committed themselves to removing offensive content within 24 hours of it being flagged to them.

One of out of four illegal hate speech comments online that had been flagged were anti-Semitic, Von Schnurbein said.

“We must make very clear that what is illegal in the real world is also illegal online,” she said.

European Union member states should be taking perpetrators to court and some had started doing so.

She said that she had raised the matter during a meeting in Bulgarian capital the previous day with the country’s caretaker justice minister.

Another important issue was for EU member states to legislate against racism, xenophobia and other forms of intolerance, including Holocaust denial. Only 15 EU countries so far had correctly transposed this legislation. “Bulgaria still has a bit of homework to do when it comes to this legislation,” Von Schnurbein said.

Her office encouraged and supported Jewish communities to build coalitions locally, she said, giving the example of an initiative funded by the European Commission by which the European Union of Jewish Students worked together with young Roma and Armenian groups. These communities have in common the experience of genocide and a diaspora.

Another important issue was to raise awareness of all forms of anti-Semitism, from the age-old form of religious and racist anti-Semitism that still exists, to the dangerous conflation of anti-Israel attitudes where it is difficult to establish where the red line lies between legitimate criticism of Israel and opposition to Israel effectively being anti-Semitic.

It also was essential to continue working to address anti-Semitism in Muslim communities where hatred of Jews had been part of their education, said Von Schnurbein, who on her travels makes a point of meeting with Muslim groups working against anti-Semitism (in parallel with her appointment, the EU also appointed a special co-ordinator against Islamophobia).

“I think that the importance of education cannot be over-emphasised,” she said.

Noting the Bulgarian caretaker government March 7 decision for the country to become a full member of the International Holocaust Remembrance Alliance, she said that the 2018 Bulgarian presidency of the EU presented an opportunity to look at these issues at the educational level.

Bulgaria had a unique history with regard to the Holocaust and regarding co-existence and tolerance among different communities and religions.

Von Schnurbein called for a wholistic approach to Judaism in education, not focusing solely on the Holocaust and the darker side of history but also emphasising the contribution that Jewish communities had made over the centuries in countries that are now EU members.

Continuing to underline the importance of education, she said: “Young people who do not know any Jews have a phantom in their heads that can lead to anti-Semitism”. She had raised this issue at a meeting with Bulgaria’s caretaker deputy education minister, to see how the school curriculum could be adjusted.

Von Schnurbein was among those who earlier attended a ceremony at the monument near Bulgaria’s Parliament in Sofia commemorating the events of 1943. 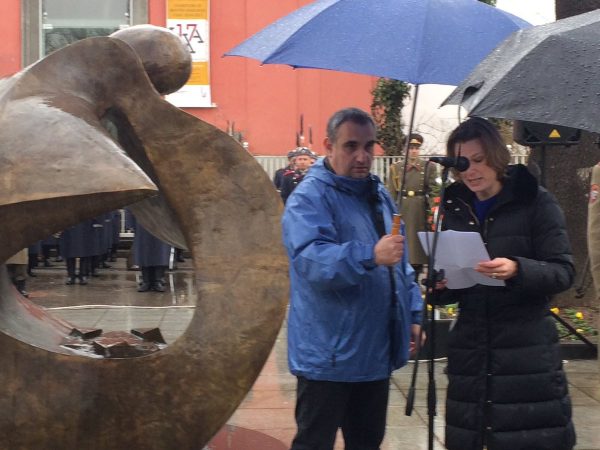 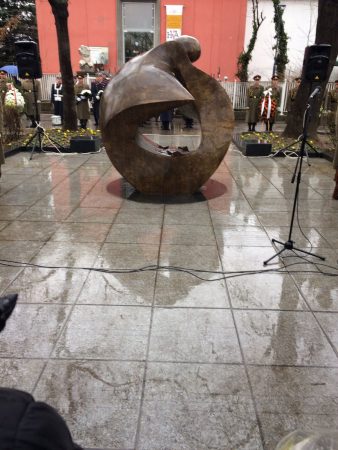 In a Facebook post marking the 74th anniversary, Shalom said that the day marked the anniversary of the rescue of the Bulgarian Jews from the Holocaust and honoured the memory of the 11 343 from the regions of northern Greece and Yugoslavia who were deported to Nazi death camps.

Among those who had the title Righteous Among the Nations, given to non-Jews who risked their lives to save Jews from being murdered during World War 2, were 20 Bulgarians, including the then-deputy speaker of Parliament Dimitar Peshev, and the Bulgarian Orthodox Church’s Patriarch Kiril and Exarch Stefan.

“Shalom will ensure that everyone who deserves to, gets his place in the pantheon of rescuers,” the organisation said.

At the March 10 meeting with the EU co-ordinator against anti-Semitism, the chairman of Shalom’s commission for combating anti-Semitism, xenophobia and the language of hatred, Robert Djerassi, presented the commission’s annual monitoring report.

The report said that since December 2016, a group of volunteers from the organisation had begun monitoring social media to check for anti-Semitism and to prepare monthly reports.

With no comparable statistics from previous years, it was not possible to analyse whether such expressions of anti-Semitism publicly were increasing or decreasing. But the overall feeling was that, in connection with the strong anti-migrant statements in the country and in Europe as a whole in the past year, expressions of anti-Semitism had been mixed in with anti-migrant sentiments.

What had been observed was an increase in graffitti and swastikas as well as other outward expressions of anti-Semitism including on social media platforms.

In December 2016, the volunteer monitoring group had registered 90 anti-Semitic posts and comments on Facebook. There had been many anti-Semitic comments after a video was posted online of then-president Rossen Plevneliev taking part in a Hanukah candle-lighting at Sofia Central Synagogue.

The report also recorded various anti-Semitic materials in Bulgarian-language media. Generally, the editors did not reply to letters of complaint from Shalom. The organisation also campaigned against the Lukov March, which however proceeded, as it has done since 2003. 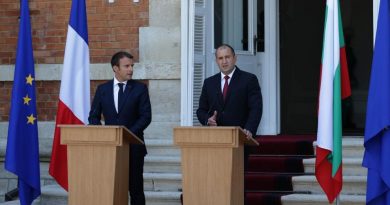 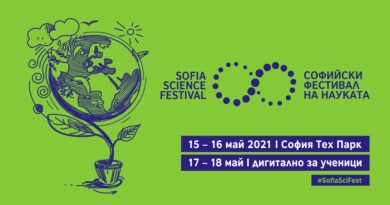 Jane Goodall at the Sofia Science Festival: Why I have hope for a better tomorrow