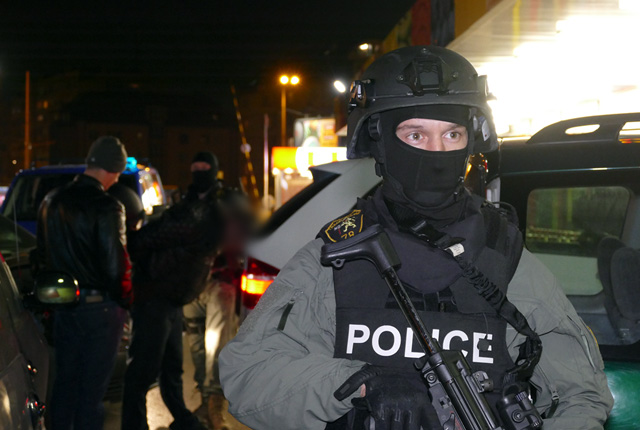 Amnesty International has criticised laws in Bulgaria against terrorism as open to possible abuse, portraying them as vulnerable to exploitation against political opponents, human rights defenders and marginalised groups such as migrants, refugees, Roma and Muslims.

The concerns were expressed in a new report by Amnesty International, entitled “Dangerously Disproportionate – The Ever-Expanding National Security State in Europe” and released on January 17 2017.

“Sweeping new laws are driving Europe into a deep and dangerous state of permanent securitization,” Amnesty International said in a report on 14 EU countries, including Bulgaria.

The AI report noted that in July 2016, Bulgaria’s Parliament had overwhelmingly approved a new counter-terrorism bill (at the time the AI report was compiled, the second reading approval, in December 2016, had not yet happened).

The legislation empowers the President, with approval of the National Assembly, to declare a “state of emergency” in the aftermath of an act of “terrorism” against the territory.

“Although the bill reaffirmed Bulgaria’s commitment to respect human rights and fundamental freedoms in general terms, it failed to provide key safeguards that would make this a reality,” AI said.

The bill states that it gives precedence to “saving lives and health over all other activities”, strongly implying that Bulgaria could dispense with other human rights in a state of emergency, possibly including rights that are non-derogable in all circumstances, the AI report said.

Under a “state of emergency” as defined in the legislation, the bill would grant the authorities sweeping powers to impose blanket bans on public rallies, meetings and demonstrations, very likely in violation of the rights to freedom of expression and peaceful assembly. Prohibitions on protests could be applied to circumstances that are unrelated to the purported reasons for the state of emergency, the report said.

“Political opponents, human rights defenders and others who disagree with the government risk becoming victims of a crackdown on such freedoms.”

The bill would permit “preventive measures” to be applied to people suspected of terrorism-related activity, instead of laying criminal charges and prosecuting them in a fair trial. These measures would include travel bans and controls on individuals’ freedom of movement and association.

The bill also authorizes the disruption of electronic communications in a state of emergency in a way that could potentially violate the right to privacy, AI said.

The AI report said that one of the broadest definitions of terrorism in the EU can be found in Bulgaria.

Under the Criminal Code, “anyone who, in view of causing disturbance or fear among the population or of threatening or forcing a competent authority, a representative of a public institution or of a foreign state or international organization to perform or omit part of his/her duties commits a crime… [and] shall be punished for terrorism by deprivation of liberty from five to fifteen years…”

The 2016 counter-terrorism bill further defines a “terrorist act” as carrying out an explosion, arson, pollution or otherwise endangering the population or threatening the life or health of a person; causing substantial property damage; hostage-taking; and the threat to take such actions with the intent to cause such a disturbance or fear, or threaten or force a state actor to take a particular action.

“Against a backdrop of high levels of racism and intolerance towards marginalized groups in Bulgaria, including migrants, refugees, Roma, Muslims and people perceived to be members of these groups, it is self-evident that the vague and overly broad definitions of ‘terrorism’ and ‘terrorist acts’ could be used to arbitrarily target for monitoring, surveillance, investigation, and prosecution individuals from such marginalized groups against whom the state has neither credible nor sufficient evidence of criminality,” the AI report said

A 2016 case in Bulgaria did indeed have all the hallmarks of an unlawful rendition to risk of torture, AI said.

On August 10 2016, the Bulgarian authorities in Sofia apprehended Abdullah Büyük, a Turkish national and businessman who had been living in Bulgaria since late 2015.

The arrest was based on an Interpol warrant issued at the request of the Turkish government that sought Abdullah Büyük’s extradition on charges of money-laundering and terrorism linked to his alleged association with what the Turkish state has deemed the “Fethullah Gülen Terror Organisation”.

Almost immediately, Abdullah Büyük was secretly handed over to the Turkish authorities and transferred to Turkey, apparently without further process, including the opportunity to consult legal counsel or his family, or otherwise initiate an appeal against the transfer.

Before these events, courts had twice ruled against Abdullah Büyük’s extradition because, in the absence of any relevant evidence from the Turkish government, the charges appeared to be politically motivated, and Turkey could not guarantee him a fair trial.

In the aftermath of a failed coup on 15 July 2016, the Turkish government declared a state of emergency and rounded up and detained anyone – including military officers, teachers, university professors, businesspeople, and journalists – suspected in relation to the coup or accused of links with Fethullah Gülen.

The AI report said that Amnesty International and many other human rights organizations and bodies had documented a range of human rights violations by the Turkish authorities at that time, including torture and other ill-treatment.

“Despite this, Abdullah Büyük was returned to Turkey. On 12 August, Bulgaria’s National Ombudsman stated that the return had contravened the Constitution, domestic law and the country’s international legal obligations,” the report said. 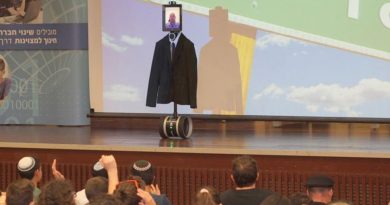 Sofia Science Festival 2018: Futurist Roey Tzezana is coming…or rather, his robot is