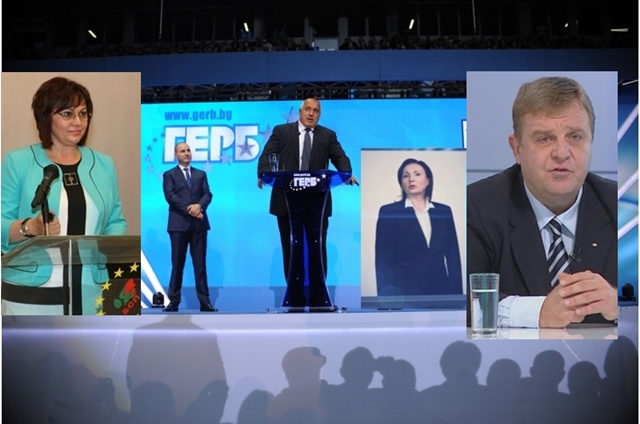 Even with no date yet decreed for Bulgaria’s early parliamentary elections, Bulgaria’s politicians are indulging in publicly discussing what kind of coalition government would be possible – or impossible – after the votes are in.

Bulgaria’s 43rd National Assembly is still in place, but its days are numbered as Roumen Radev is expected to dissolve it, appoint a caretaker cabinet and announce a parliamentary election date after he is inaugurated as head of state on January 22.

The opposition Bulgarian Socialist Party (BSP), which backed Radev in the country’s presidential elections in November 2016, has said that it wants the election date to be March 26 2017. Radev is widely expected to fall in line with this.

With more than two months to go before this expected election date, it would be folly to try to predict with any certainty the outcome of the parliamentary elections. Some opinion polls have emerged recently predicting a narrow gap between Boiko Borissov’s GERB and the BSP, but it cannot be forgotten that ahead of the first round of last year’s presidential vote, no significant polling agency accurately foretold the result.

Borissov, speaking on January 17, signalled that he favoured forming a minority government, saying that this would be better than a “broad diluted coalition”.

Borissov has been in power twice, first in 2009 with a minority government with a parliamentary coalition, and returned in 2014 with a four-party coalition, with three partners in the cabinet and a fourth providing support in the National Assembly.

Addressing a conference, he described the “compromise” that he had made in November 2014 as a “tall order”.

Borissov rejected speculation that his GERB party could form a coalition government with the BSP, underlining, for instance, that party’s revival of its call for the replacement of Bulgaria’s flat tax system with a “progressive taxation” model.

Whoever won the election should undertake the commitment to govern, he said, emphasising that it had been his party that had made a succession of compromises after the formation of the November 2014 coalition goverment.

The previous day, Roumyana Buchvarova, a senior GERB member and one of Borissov’s deputy prime ministers, said that potential partners in a coalition government with GERB should come from the European People’s Party – the EU-wide political grouping that also includes the Reformist Bloc, a current member of Borissov’s government.

Buchvarova, whose career includes having spent about 14 years working at polling agencies, cast doubt on the recent opinion polls showing a narrow gap between GERB and the BSP, noting that the surveys had been done during the festive season holidays. “I personally would not rely on results collected during such a period,” she said.

On January 14, Tsvetan Tsvetanov, one of GERB’s deputy leaders and currently head of its parliamentary group, was adamant that his party would not enter into a coalition with any other party for the sake of forming a government.

The BSP itself, in the form of its leader Kornelia Ninova, said in a weekend television interview that she believed that after the elections, her party would be the premier political force.

The BSP has said little on the topic of possible coalitions after the elections, though some of the senior members of its leadership and left-wing political commentators closely allied to the party have expressed serious misgivings about a possible government coalition with the Movement for Rights and Freedoms.

The BSP and the MRF have a track record of participating together in coalition administrations, most recently in the 2005/09 tripartite coalition and again in the ruling axis of 2013/14 – the latter a memorable political disaster that left many in the BSP complaining that it was really the MRF calling the shots in that administration.

Krassimir Karakachanov, co-leader of the nationalist Patriotic Front, said on January 17 that he expected Bulgaria’s early parliamentary elections to produce a stalemate, and he did not rule out a GERB-BSP coalition government.

In an interview with Bulgarian-language media, when it was put to him that EU leaders would hardly like to see ultra-nationalists in Bulgaria’s government, Karakachanov responded that that it was not worth caring about what politicians in Brussels thought when, he said, they cared less about illegal migration than what he called “gay toilets”.

Meanwhile, in what may be likely to be a footnote in Bulgaria’s political history, the new leader of the ABC minority party, Konstantin Prodanov, ruled out a coalition with the BSP in the forthcoming elections, adding that a coalition with GERB “before and after the elections” was impossible.

“I see no problem in the ABC being in the role of parliamentary opposition,” said Prodanov, who may face a larger problem in that his party – currently one of the two smallest in the National Assembly – is not really expected by anyone to be returned to the next Parliament. 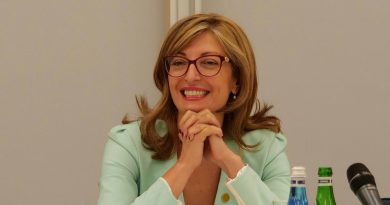