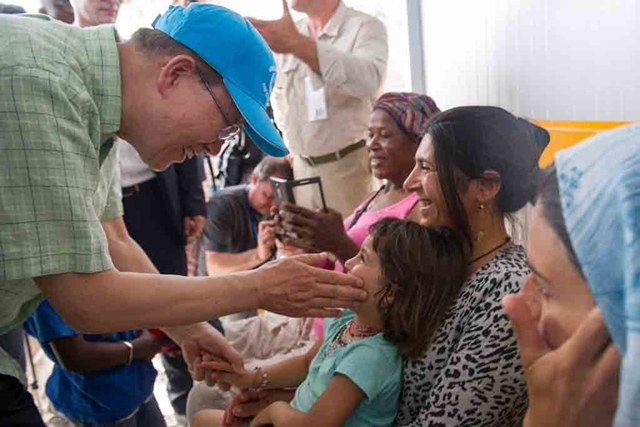 World Refugee Day, June 20, has seen the European Union underline its commitment to global efforts to address the refugee crisis and the UN Refugee Agency releasing a report saying that the number of forcibly displaced people has reached a record high.

In a joint statement, five European Commissioners said that an estimated 60 million people are forcibly displaced in the world – as refugees, asylum seekers, migrants or internally displaced persons.

“Providing support and protection for refugees and effectively managing migration is a challenge, which requires a global response,” the statement said.

“From families fleeing war in Syria, to those escaping conflicts in Africa, the personal fight for survival and security is driving millions of people to move from their homes. Developing countries are hosting the vast majority of the world’s refugee population – over 85 per cent – but we also feel the impact closer to home, with more than one million people seeking protection in the EU last year,” the commissioners said.

Many vulnerable people have fallen victim to unscrupulous people smugglers and traffickers, suffering during their journey or even dying, the statement said.

“World Refugee Day commemorates the plight of these men, women and children. It is for this reason that we are launching the #SupportRefugees campaign, with the aim to raise awareness of their situation and to demonstrate how the European Union provides tangible help.”

The commissioners said that the EU was “continuously looking at ways to strengthen our humanitarian response and increase our support to refugees, internally displaced people and the millions affected by crisis around the world”.

The EU, the world’s leading humanitarian donor, had provided more than six billion euro to help the millions affected by the crisis in Syria. Overall, more than 10 billion euro of the EU budget for the years 2015 and 2016 has been allocated to address the refugee crisis within the EU and in third countries.

The statement underlined several steps the EU was taking, including having tripled its resources for search and rescue operations at sea last year, working closely with Turkey to help manage refugee flows, and establishing a 1.8 billion euro EU Trust Fund for Africa, to address the root causes of migration.

“We are working to establish strong partnerships with key countries of origin and transit and to provide support to those countries hosting large refugee populations. We aim at fostering growth in our partner countries through increased financial and operational support, but also at strengthening the rule of law and human rights: only by doing so we can contribute to their long-term economic and social development, and to peace in our broader region,” the statement said.

On June 18, visiting the Greek island of Lesbos, which has become migrants’ entry point to Europe, United Nations Secretary-General Ban Ki-mooncalled on the countries in the region to respond with a humane and human rights-based approach, instead of border closures, barriers and bigotry.

“Today, I met refugees from some of the world’s most troubled places. They have lived through a nightmare. And that nightmare is not over,” Ban was reported by the UN News Centre to have told non-governmental organizations (NGOs), volunteers and media, who gathered to hear the UN chief’s firsthand account of the situation there.

“But here in Lesbos, they have found relief from war and persecution,” he added, noting that the islanders opened their homes, hearts and wallets to support people in need.

The UN is doing all it can to mobilise support, but across the region, refugee conditions are worsening, with many becoming destitute, girls being forced into early marriage, half of all refugee children out of school, many forced to beg on the streets, or becoming the victims of exploitation, including sexual abuse, he said.

Noting that every month, 450 people die in the Mediterranean, the equivalent of two full transcontinental passenger jets, Ban urged the international community to do more to resolve conflicts and address the factors causing so much suffering and upheaval, and called on the countries of Europe to respond with a humane and human rights-based approach.

“Detention is not the answer,” he said. “It should end immediately. Let us work together to resettle more people, provide legal pathways, and better integrate refugees. I recognize the difficulties. But the world has the wealth, the capacity and the duty to meet this challenge.”

Developing countries host 90 per cent of the world’s refugees. It is time for the world to share fully in this responsibility, Ban said.

“That is our political and moral obligation. That is our humanitarian imperative. It is what we must do as a human family. One of the most beautiful words in the Greek lexicon is philoxenia – friendship towards strangers,” he said.

Ahead of World Refugee Day, the Office of the UN High Commissioner for Refugees (UNHCR) has recently launched the #WithRefugees petition, which aims to gather public support for the growing number of families forced to flee conflict and persecution worldwide.

Conflict and persecution caused global forced displacement to escalate sharply in 2015 reaching the highest level ever recorded and representing immense human suffering, according to a report released on June 20 by UNHCR, the UN Refugee Agency.

UNHCR’s annual Global Trends report, which tracks forced displacement worldwide based on data from governments, partners including the Internal Displacement Monitoring Centre, and the organization’s own reporting, said 65.3 million people were displaced as of the end of 2015, compared to 59.5 million just 12 months earlier. This is the first time that the threshold of 60 million has been crossed.

The total of 65.3 million comprises 3.2 million people in industrialised countries who as of end 2015 were awaiting decisions on asylum (the largest total UNHCR has recorded), 21.3 million refugees worldwide (1.8 million more than in 2014 and the highest refugee total since the early 1990s), and 40.8 million people who had been forced to flee their homes but were within the confines of their own countries (an increase of 2.6 million from 2014 and the highest number on record).

Measured against Earth’s 7.349 billion population these numbers mean that one in every 113 people globally is now either an asylum-seeker, internally displaced or a refugee – a level of risk for which UNHCR knows no precedent. In all, there are more forcibly displaced people today than the populations of the United Kingdom, France or Italy.

Forced displacement has been on the rise since at least the mid-1990s in most regions, but over the past five years the rate of climb has increased. The reasons are threefold: Situations that cause large refugee outflows are lasting longer (for example, conflicts in Somalia or Afghanistan are now into their third and fourth decades, respectively), dramatic new or reignited situations are occurring frequently (today’s largest being Syria, but also in the space of the past five years South Sudan, Yemen, Burundi, Ukraine, Central African Republic etc.), and the rate at which solutions are being found for refugees and internally displaced people has been on a falling trend since the end of the Cold War.

As recently as 10 years ago, at the end of 2005, UNHCR recorded an average of six people displaced every minute. Today that number is 24 a minute.

“More people are being displaced by war and persecution and that’s worrying in itself, but the factors that endanger refugees are multiplying too,” said UN High Commissioner for Refugees Filippo Grandi.

“At sea, a frightening number of refugees and migrants are dying each year; on land, people fleeing war are finding their way blocked by closed borders. Politics is gravitating against asylum in some countries. The willingness of nations to work together not just for refugees but for the collective human interest is what’s being tested today, and it’s this spirit of unity that badly needs to prevail.”

Among countries covered by the Global Trends report several stand out: Syria at 4.9 million, Afghanistan at 2.7 million and Somalia at 1.1 million together accounted for more than half the refugees under UNHCR’s mandate worldwide. Colombia at 6.9 million, Syria at 6.6 million, and Iraq at 4.4 million meanwhile had the largest numbers of internally displaced people. Yemen was the biggest producer of new internal displacement in 2015 – 2.5 million people, or 9 per cent of its population.

Europe’s struggles to manage the more than one million refugees and migrants who arrived via the Mediterranean dominated the attentions of many in 2015, nonetheless the report shows that the vast majority of the world’s refugees were elsewhere.

In all, 86 per cent of refugees under UNHCR’s mandate in 2015 were in low and middle income countries close to situations of conflict. This figure rises to over 90 per cent of the world’s refugee total if the Palestinian refugees under the responsibility of UNHCR’s sister-organization UNRWA are included.

Worldwide, Turkey was the biggest host country with 2.5 million refugees. Lebanon, meanwhile hosted more refugees compared to its population than any other country (183 refugees per 1000 inhabitants). Relative to the size of its economy the Democratic Republic of the Congo hosted most (471 refugees for every dollar of per capita GDP, measured at price purchasing parity).

Among industrialised countries, 2015 was also a record year for new asylum claims, with two million requests (contributing to the 3.2 million cases still pending as of the end of the year).

Germany received more asylum requests than any other country (441 900), largely reflecting its readiness to receive people who were fleeing to Europe via the Mediterranean. The United States had the second highest number of asylum claims (172 700), many of these individuals fleeing gang-related violence in Central America. Substantial asylum applications were also seen in Sweden (156 000) and Russia (152 500).

Children constituted 51 per cent of the world’s refugees in 2015 according to the data UNHCR was able to gather (complete demographic data was not available to the report authors). Worryingly, many were separated from their parents or travelling alone.

In all there were 98 400 asylum requests from children who were unaccompanied or separated from their families. This is the highest total UNHCR has seen – and a tragic reflection of how global forced displacement is disproportionately affecting young lives, the agency said.

While global displacement totals were higher than ever, the number of people able to return to their home or find another solution (local integration in a country of first refuge or resettlement elsewhere) was low. 201 400 refugees were able to return to their countries of origin in 2015 (mainly Afghanistan, Sudan and Somalia). This was higher than the total in 2014 (126 800), but still substantially down compared with the peaks of the early 1990s. Some 107 100 refugees were admitted for resettlement in 30 countries in 2015 – representing just 0.66 per cent of the refugees under UNHCR’s mandate (by comparison, 26 countries admitted 105 200 refugees for resettlement in 2014, representing 0.73 per cent of the refugee population under UNHCR care).

At least 32 000 refugees became naturalized over the course of the year, the majority in Canada and with smaller numbers in France, Belgium, Austria and elsewhere. 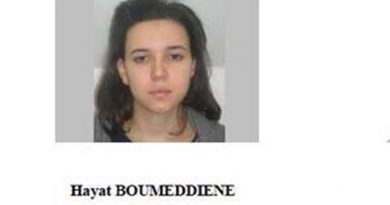 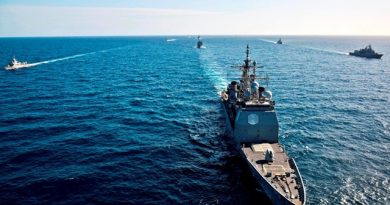