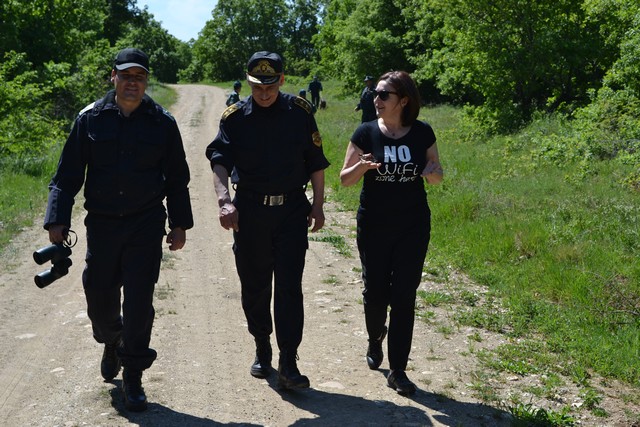 Refugees exiting from the territory of Turkey are avoiding the route through Bulgaria, Deputy Prime Minister and Interior Minister Rumyana Buchvarova said on June 1.

Noting that the implementing protocol of the readmission agreement with Turkey signed by Ankara had come into effect on June 1, Buchvarova said that in the coming days, Bulgaria would monitor the flow of illegal entries, and if necessary, approach the Turkish authorities about the matter.

In a June 1 statement, the European Commission said that as of today, the additional provisions enter into force under the Readmission Agreement signed by the EU and Turkey on December 16 2013.

As of June 1, all EU countries (excepting Denmark and Ireland, which decided not to join the agreement) can also request that Turkey readmits irregular third country – meaning, non-EU – nationals who entered the EU directly from Turkey.

This is in addition to the provisions for readmission of Turkish citizens which have been in force since October 1 2014.

The entry into force of the provisions related to the readmission of third country nationals was initially scheduled for October 1 2017. However, at the November 29 2015 EU-Turkey summit agreed to advance its application to June 1 2016 in order to accelerate the visa liberalisation process.

A full and effective implementation of the Readmission Agreement is one of the requirements included in the Visa Liberalisation Roadmap for Turkey, the EC said.

“Today’s entry into force of the provisions related to third-country nationals under the EU-Turkey Readmission Agreement enables Turkey to make another step forward towards completing the fulfilment of the requirements under the visa liberalisation process,” the Commission said.

Separately, Bulgarian Prime Minister Boiko Borissov told a June 1 Cabinet meeting that a second group of people who had crossed the border illegally into Bulgaria from Greece had been returned to that country.

This past weekend, Borissov and senior officials announced the interception of two groups who had crossed from Greece. The first was returned within 24 hours and the other had been returned in the past day, Borissov said.

He thanked Bulgaria’s justice and interior ministers for their role in the return, as well as prosecutors, judges and border guards who had expedited the process of return.

A May 30 report by public broadcaster Bulgarian National Radio noted that Sofia used to claim on different occasions that there was no increase in the migration flow towards Bulgaria, but Borissov had said the day before that the “enhanced migration pressure towards Bulgaria is now a fact”.

(Archive photo: Buchvarova, right, with senior Border Police officials during an April 2016 inspection of the border)